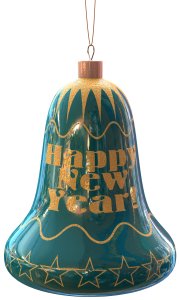 New Year’s party is close. 2010 is on the way! Let’s see some interesting info regarding this celebration all around the world.

Traditionally, the year according to the Roman calendar began on the first day of March. However, it was in January (the eleventh month) when the consuls of ancient Rome assumed the government. (from wikipedia) Did you know that the New Year was not celebrated always on the same date? Find out from here when your country accepted the convention with January 1st as a beginning of a new year. A big and international celebration such as New Year involves many traditions, varying from a country to another (let alone from a continent to another) as well as from one culture to another. Each tradition is interesting – especially if seen and understood in the context of local culture and history.

“Speaking of New Year in Germany, one word “Silvester”, comes to mind. This is the name by which the Germans call there new year eve. Saint Sylvester was a pope who lived in the fourth century. 31st December is the feast day which is celebrated in his honor. That is why the New Year is so named.” You can read more about the celebration of the New Year in Germany here.

“New Year’s Eve is very sanctimonious to the Icelanders. The ceremony begins in the evening with the mass at Reykjavik’s Cathedral , to which almost every Icelander listens on the radio. A grand family dinner is hosted after that. Then families with children usually go together to attend a big fire in the neighborhood. Bonfires and firecrackers were lit on New Year’s Eve to chase away evil forces.” (more info here)

READ  Details of a wooden church at the Aviation Museum

In Romania, “On New Year’s Eve, children sing Plugusorul and Sorcova. In their songs, they wish good luck, happiness and success. You can hear the ringing of the bells and the bull sounds. The goat’s game, the bear’s game and the masks’ game are old Romanian customs. The Bear, the Goat, the Bunghiers, the Caiutii, the Malanca, the Jiens and the Masked are expected to show up on New Year’s Eve.” (more info here)

In Puerto Rico a scarecrow is burned ad midnight symbolizing the end of the old year and the beginning of a new one. (info)

“In Burma there is a three day New Year festival called Maha Thingyan, which is celebrated with prayers, fasting and fun. During the festivities, buildings and temples are washed, and people throw water over each other. This is partly to welcome the heavy rains of the coming monsoon season.” (more info here)

“Chinese New Year or Spring Festival is the most important of the traditional Chinese holidays. It is often called the Lunar New Year, especially by people in mainland China and Taiwan.” (more info on Wikipedia)

Info on many more New Year’s traditions can be found here and here.

As I mentioned, each country has its own traditions. Some are similar to countries with the same dominant religion or similar culture. Each tradition has deep roots that go way back, and of course each custom is believed to chase away bad things and attract good, health in the new year.

What special tradition do you have in your country? Photo of the week: back in time – cradle

Slatina, Romania – a visit through photos