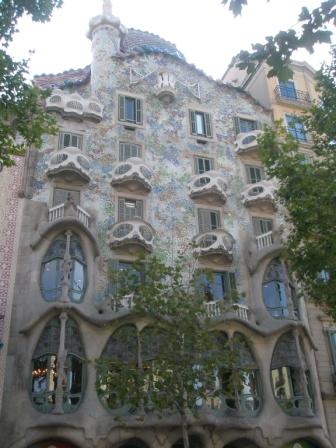 The first thing that strikes me when I get off in Barcelona Passeig de Gracia station is a house drawn from a surrealist dream: Casa Batlló or Casa de los osos. It is no wonder that Gaudi’s spectacular art-nouveau impresses with the roots sucking their life nectar from nature, fantasy and religion. Mixing both conscious and unconscious in an erratic vision, Casa Batlló raises the stakes of the Catalan modernism to a level never known before. Let’s take a walk in the lair of the dragon! Definitely, Casa Batlló’s symbols can be interpreted on different levels. First of all, Gaudi admitted that most of its work has had religious significance. Casa Batlló is not an exception: it brings to life the legend of Saint George (Saint Jordi, the patron saint of Catalonia) killing the dragon. It is a symbol of mankind and art defeating the evil by shedding light on it: the house almost breathes; it is like a living beast. The tower plunges the top cross-sword in the flesh of a creature surrounded by stylized skulls. Nevertheless, people call it the house of masks as well, as they say it is similar to a Harlequin’s hat decorated with masks and confetti, or the house of yawns due to the many open mouths-like windows.

However, the real history of the house is not less intriguing. Originally, it was a farm house built in 1877, but the situation quickly changed when Gaudi was commissioned the work in order to make it worthy of a street with architectural jewels, project known as “La Manzana de la Discordia” (referring to the old Greek legend of Paris and the golden apple). Acquired by Josep Batlló y Casanovas in 1903, it was completely refurbished by Gaudi between 1904 and 1906 and it competed with some of the finest artists’ works for the award of Barcelona City Council. It has gone through multiple periods of refurbishments, it received a series of prizes and eventually it was included in the UNESCO World heritage in 2005.

Let’s get closer to the monster and admire the façade. The oval-shaped feature windows are either masks or mouths of a dragon, the stone columns have the shape of bones, the roof seems a dragon’s back and the tower ends with a cross with four arms showing the cardinal points. The facade is tiled with ceramic and glass mosaic creating the illusion of an undulating surface, transporting one’s imagination to a picture similar to Monet’s Water Lilies. “The final result is there for all to see: an overwhelming, evocative and suggestive masterpiece which has been known and admired for over a century.” (Casa Batlló website)

Now, I will be swallowed by the interior of the beast for an initiation ritual of sorcery and dream. Entering through the cellar, used as venue for many corporate events, I get to the 700 square meter noble floor, which is the former residence of the Batlló family. The entrance hall transports me in Captain Nemo’s underwater caves, with tortoise shells skylights, walls in curving shapes and the animal spine-like carved banister. The court-yard is also decorated with mosaics and tiles and it is intended to be one of the most intimate places of the house, serving as dining room.

I have a marvelous view of Passeig de Gracia and move to Mr. Batlló’s former study, with its romantic mushroom-shaped fireplace, flanked by a bench on both sides. The main room with its stained glass effects, its huge oak wavy doors and undulating ceiling makes me feel the magic of the sea. The amazing blue light stair-case leads to the loft, a combination of the aesthetic and the functional which used to be the service area for tenants and utility rooms. Simple, white Mediterranean with 60 arches, it suffocates me like in an animal’s ribcage. On the roof terrace, I breathe again and see Barcelona in its entire splendor, like flying on a dragons’ back (could it be the Never-ending Story dragon, Falkor?) with tiles of different colours and trencadís mosaic and with four sinuous, stylized and polychromatic chimney stacks (also functional in times of draught).

Coming back from the  realm of illusions, I can say that I agree with the way Casa Batlló website describes it: “a universe of symbolism, a canvas of marine inspiration, a dream world, which evokes nature with its organic elements and is suggestive of fantasy.”

READ  Kunsthistorisches Museum (The Museum of Fine Arts), a must see in Vienna, Austria

This article is part of a series on Barcelona. You can also read a presentation of La Sagrada Familia and of Barcelona Nocturna. 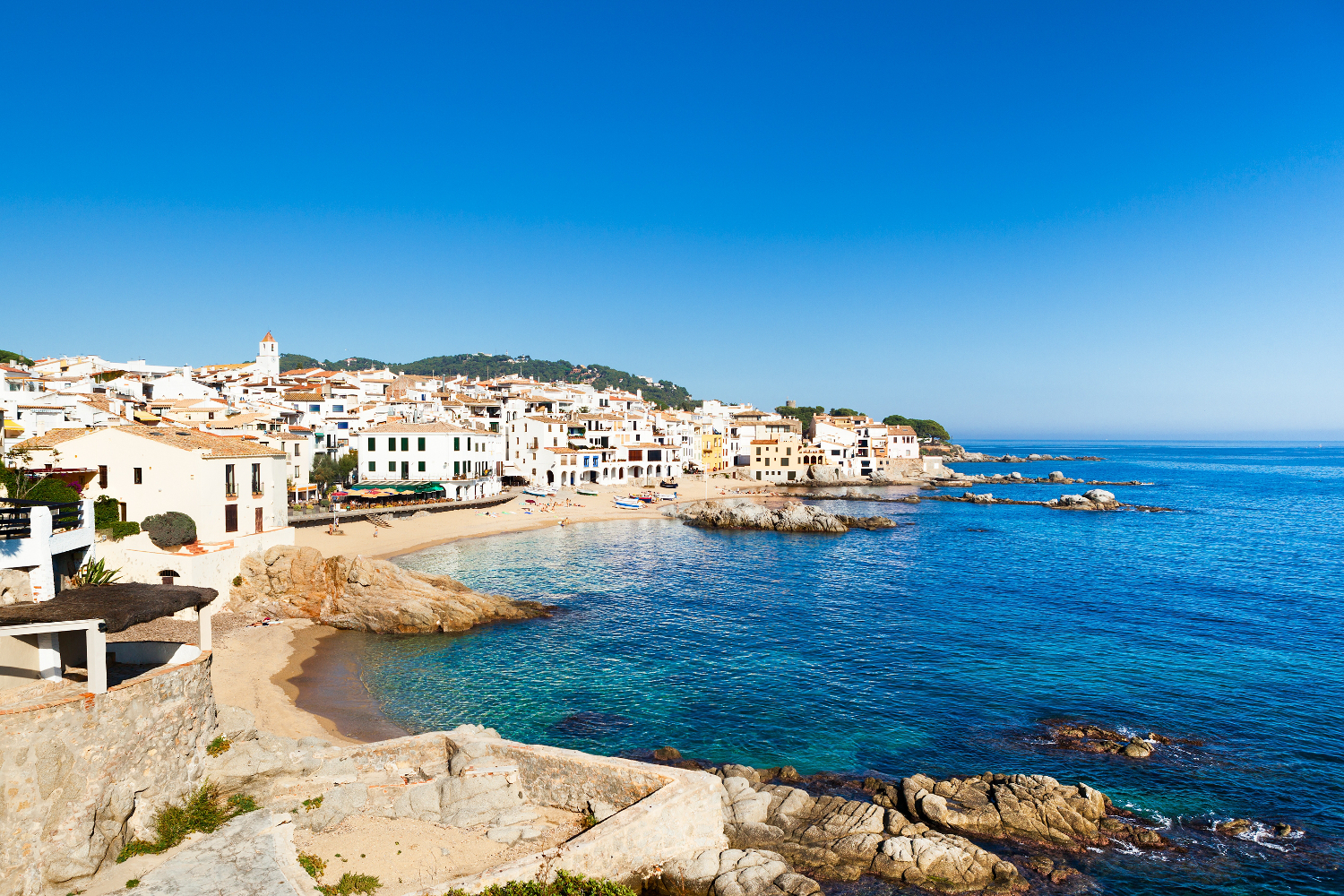