Perhaps when you think of Jamaica, you think of beaches and maybe to Bob Dylan as well. But I wanted to invite you today to discover together the three places from Jamaica included in the UNESCO World Heritage Sites list. Along with the special cuisine, the beautiful beaches, the available outdoor adventures awaiting for you here, and the vibrant night life with reggae music and life concerts, these UNESCO sites might convince you to think of a holiday in Jamaica. Dominating the skyline of eastern Jamaica, the mountains in the Blue and John Crow Mountains National Park are home to many species, and the park is in fact one of the last known habitats for some of them (for instance for the Giant Swallowtail Butterfly). With a area of 495.2 km2, representing 4.5% of Jamaica’s land surface, this park “contains the largest contiguous tract of closed broad-leaf forest in Jamaica, and its upper and lower montane rain-forests are recognized globally for their high biological diversity and threatened status. The core, Preservation Zone of the Park consists of closed primary forest with broadleaf trees and makes up 53.2% of the Park. 40% consists of modified forest, timber plantations and ruinate or degraded woodlands and these areas along with about 4% agricultural and residential make up the Preservation Zone Buffer and Recovery Zones. Outside these areas, a 1 km-wide band is considered the Buffer Zone, in which Park management works with the rural communities to promote environmentally sustainable livelihoods and sustained, appropriate management of the area’s natural and cultural resources.” The Blue and John Crow Mountains National Park was included in UNESCO’s World Heritage Sites list in 2006.

The Underwater City of Port Royal

Some places in the world tell the story of a rapid ascending followed by a sudden death. The Underwater City of Port Royal is an interesting site nowadays, but, in the 17th century it was blooming (and home to many pirates of the Caribbean). In June 1692 a massive earthquake and tsunami hit the city and sank much of it into the sea, leading to the death of 2,000 people.

Nowadays, The Underwater City of Port Royal, also known as “the wickedest city on earth” is one of the “catastrophic sites” that lure tourists and was recognized as a UNESCO World Heritage Site in 2009.

Also part of the UNESCO World Heritage Site since 2009, the Seville Heritage Park is in fact one of the significant cultural heritage sites in Jamaica. With various items going back in time and revealing the way people lived and worked (an old mill is exhibited for instance), this is a site to visit if you want to know more about the colonization and the way the things changed in and for the country during a ling period of time. You can find more interesting information on UNESCO’s website.

One thing is for sure: Jamaica is a lovely country, one that might surprise you in a way if you decide to have a holiday here. 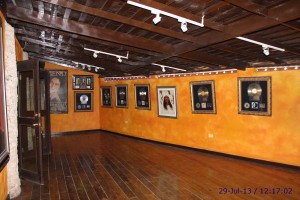 Inside Bob Marley’s House in Jamaica 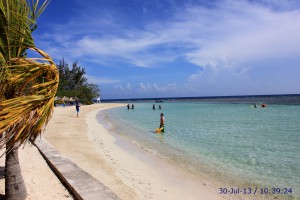