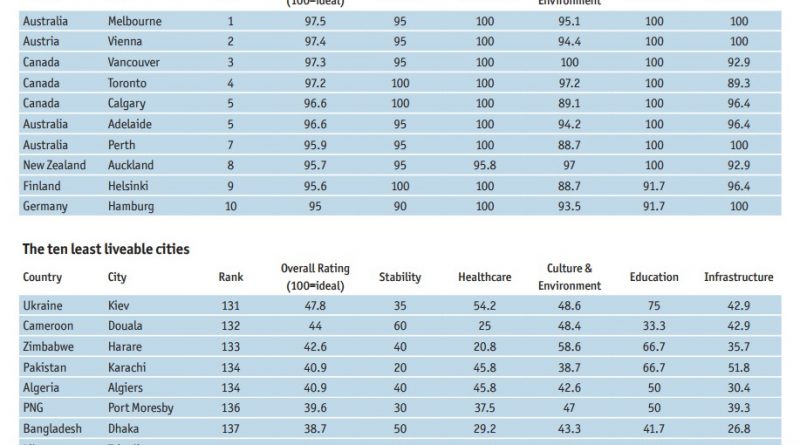 The Economist Intelligence Unit’s Global Liveability Report 2017 was just released. According to this report, Melbourne, Vienna, Vancouver, Toronto, and Calgary are the top five liveable cities in 2017. What’s even more interesting is that Melbourne keeps its position, but the first four cities all have over 97 points out of 100!

The ten most liveable cities are:

As you can easily see, there are three European cities, three cities from Australia, three from Canada, and one from New Zealand.

But how about the ten least liveable cities? Here they are: 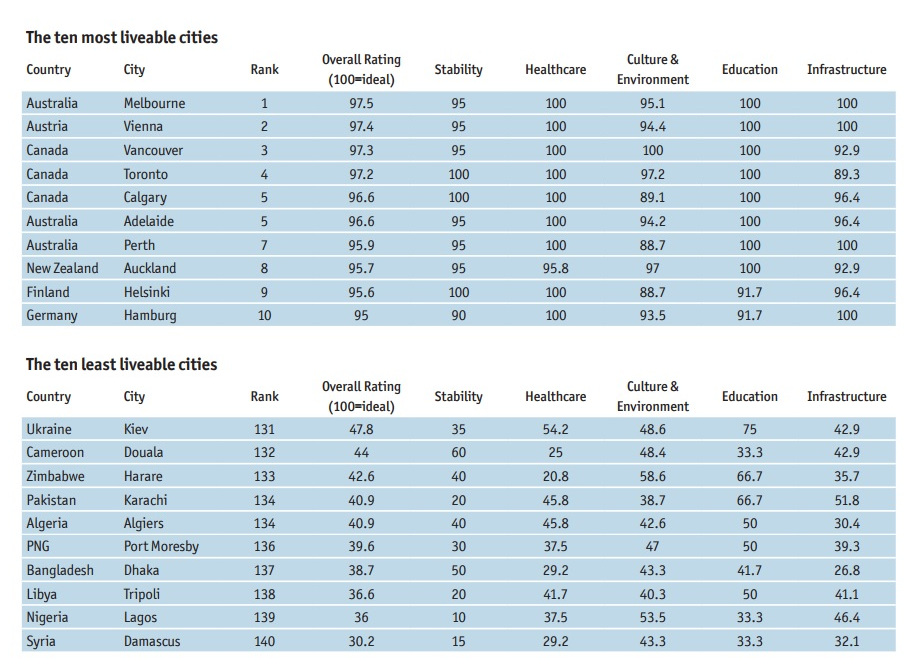 The report notes that the increasing instability across the globe lead to important variations in cities’ scores. Also, The Economist Intelligence Unit’s report emphasize the fact that the increasing cultural availability and falling crime rates in Reykjavik and Amsterdam made them rank higher on the list. Unfortunately, Europe was affected by “the perceived threat of terrorism in the region”.

Other factors – the terrorism and civil wars – also influence countries’ and cities’ ranks, and, I’d say that this is no surprise.

“Over five years, 95 of the 140 cities surveyed have seen some change in their overall liveability scores. Of these cities, an overwhelming 66 have seen declines in liveability, but there is a silver lining, as this number is actually down from 69 just six months ago. Two cities in particular, Damascus in Syria and Kiev, have seen significant declines of 16 and 21 percentage points respectively, illustrating that conflict is, unsurprisingly, the key factor in undermining wider liveability,” states the report. 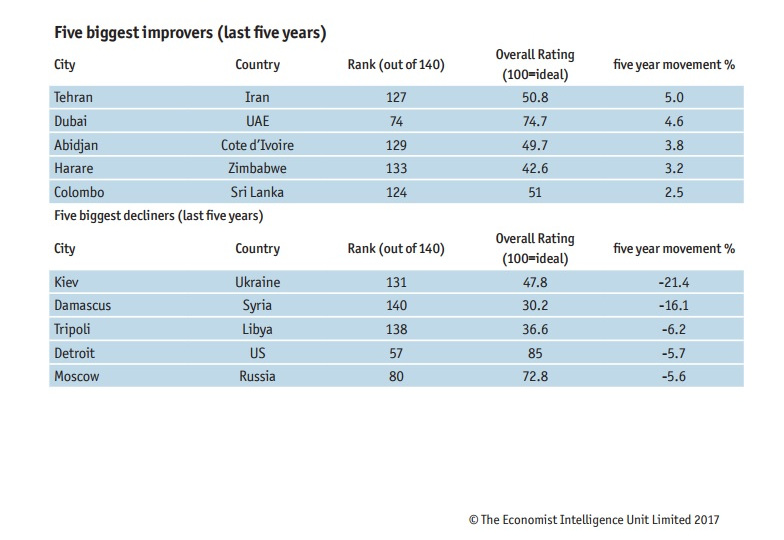 This report is important, and many people read the information it provides when looking for places to travel to or to relocate. The liveability score takes in consideration numerous factors, from expat packages to the prevalence of violent crime. There are five categories: stability, healthcare, culture & environment, education, and infrastructure, each with special indexes.

What do you think about this top?

PS: yes, I admit I am sad I can’t see Bucharest’s exact place in the top 🙂 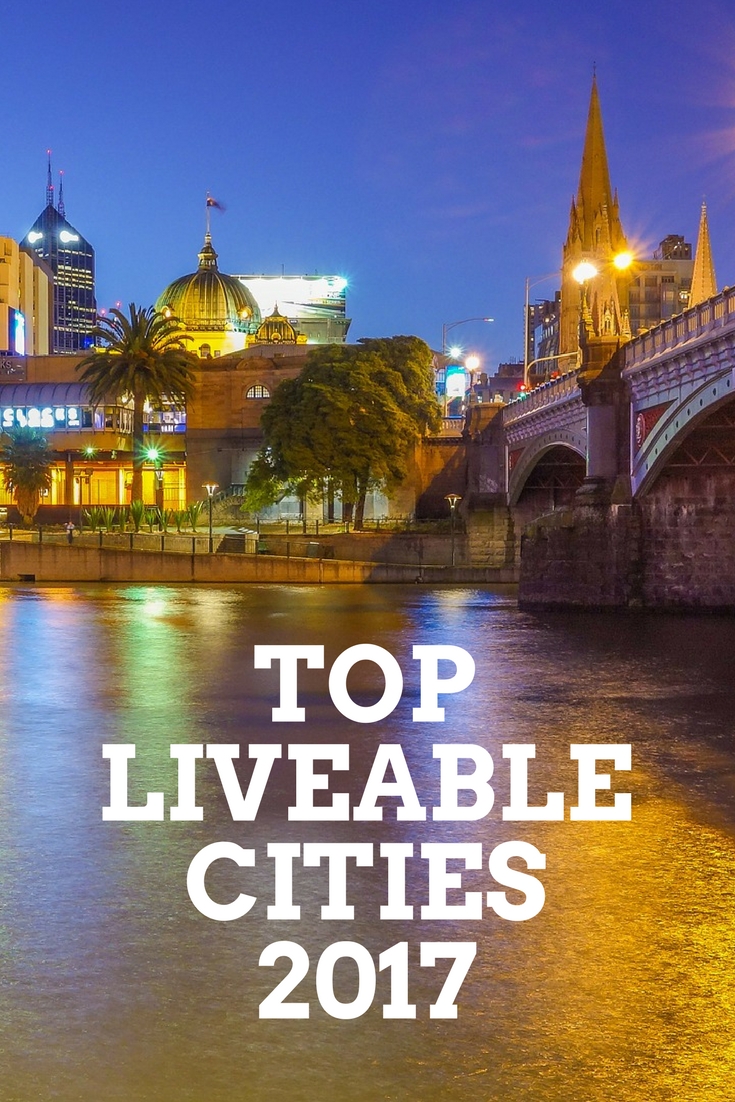 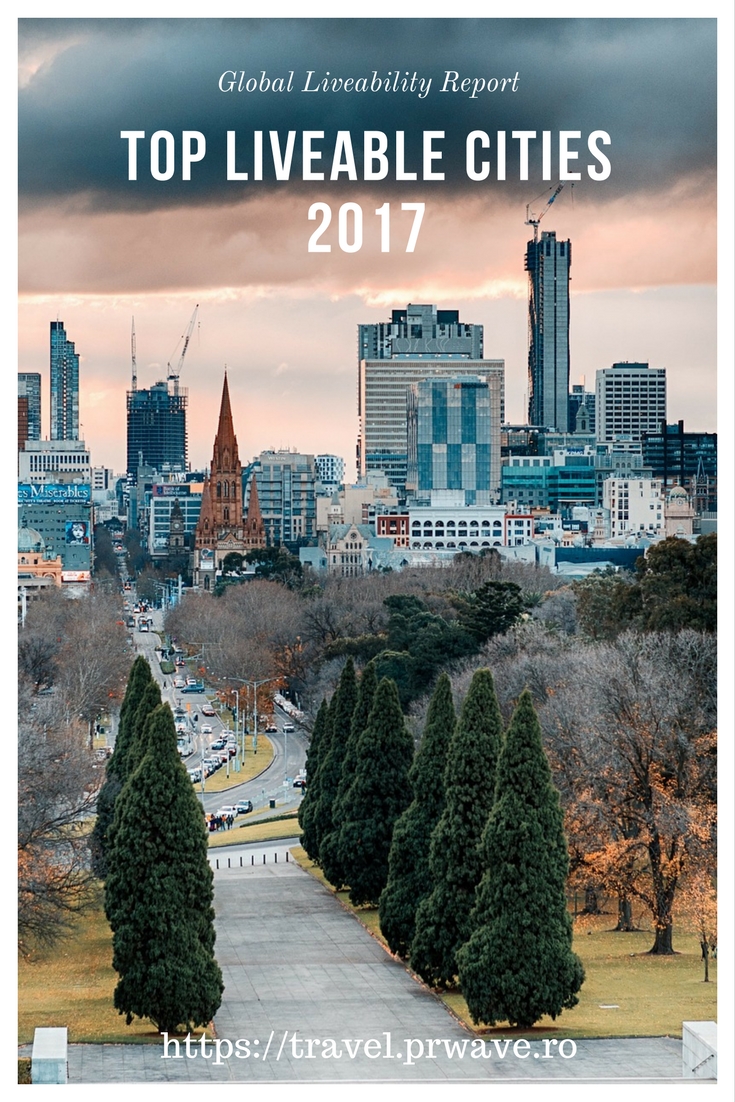 Photo of the week: white and elegant in Vienna (Austria)