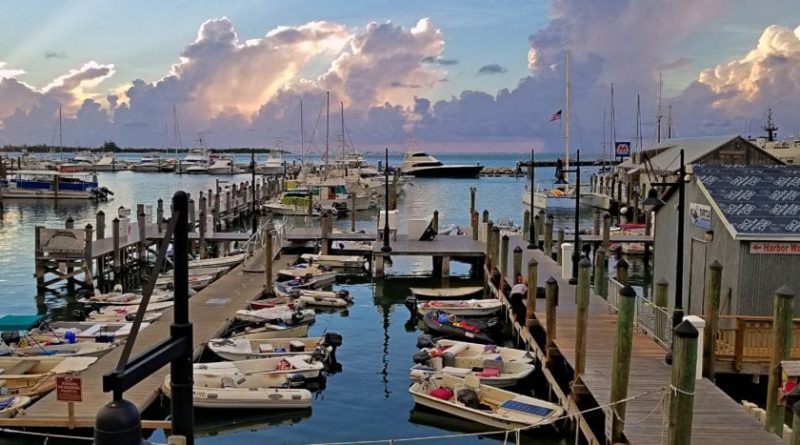 Mystery and intrigue lure people all over the blog. I admit, I too am a fan of mystery books, for instance. This article focuses on Florida’s dark side. Read along and discover seven Florida tourist attractions with a dark secret.

These can be perfect places to visit in the USA on Halloween or they can be included on your Florida bucket list, no matter when you visit the US. These Florida attractions with a secret past are presented to you by Ed Coleman from Coleman Concierge.

You may consider these as Florida curiosities or you can see them as cool destinations in Florida to check out right now! They are definitely opportunities to learn more about Florida’s past and to discover some intriguing Florida things to do.

Who doesn’t love a spine chilling tale of murder, mystery, and intrigue? The best dark stories grow from sinister truths. Many people consider Florida the happiest place on Earth, but they don’t know the secrets that lurk just below the surface. Join us for a walk through Florida’s dark side.

Harry Higel, a prominent real-estate developer in the early 20th century, built Siesta Key as the perfect vacation retreat. He recognized the potential of the pristine white sand beaches and easy access from Sarasota. He bought the entire island and convinced the state to put in a bridge to his new luxury property, Hotel Higelhursd.

If you ever played monopoly, you know what happens next. People land on your hotel, and you rake in the money. Harry’s end was much more violent and brutal.

First, his hotel burned to the ground shortly after the bridge was completed. Perhaps it was an accident, but that doesn’t explain what happens next.

In January of 1921, Harry Higel was left in the streets of Siesta Key for dead, beaten beyond recognition. It was only from his ring inscribed with the initials HH that they could identify his body.

The murder remains unsolved to this day. Visiting Siesta Key gives you a chance to unlock the 100-year-old mystery of who killed Harry Higel and to discover one of the top Florida dark attractions.

Cayo Costa has always been separated from mainland Florida by more than just water. Today, it’s a state park only accessible by boat where you can enjoy nature and miles of empty beaches.

However, 100 years ago, it was an active Cuban fishing village founded by Tervio Padilla – aka Captain Pappy. Pappy lived on the island with his wife and a small crew of fishermen who caught and processed fish for Cuba.

How absurd does that sound today, that a little island near Sanibel sent their catch all the way to Havana?

In 1910, Cayo Costa seemed more like a Stephen King novel than Old Man and the Sea. A major hurricane ripped through the tiny island, killing thirty villagers. Their bodies washed up into Dead Man’s Cove, now known as Pelican Bay.

They were buried in shallow graves near the spot they washed ashore. When Pappy and his wife died years later, they were entombed next to their friends and countrymen.

Today, more than 95% of the Padilla Cemetery has eroded back to the sea, but you can still visit the remaining graves at Cayo Costa State Park.

When Hernando De Soto landed near Tampa Bay in 1539, the local Indians welcomed him as a god. He plundered his way up the Suwannee River Valley to the present-day location of Suwannee River State Park until the locals had enough.

As night fell, Napituca knew he was doomed. The Spaniards waited until dawn to finish the massacre, but could Napituca have used his final night to curse the land?

Maybe not so coincidentally, a series of disasters kept this corner of the state from ever developing. Doctor Simmons and John Lee Williams led an expedition looking for a spot for the new state capital. They were looking to find the confluence of the Suwannee and Withlacoohe, but they couldn’t find the mouth of the river.

Governor Drew built Ellisville from convict labor, but his town burnt to the ground in the 1940s and is now only home to weeds and rattlesnakes. We compiled evidence of the 400-year curse cycle, but the most compelling piece is the infamous mass murderer Ted Bundy.

He killed his final victim in a pig shed not far off the river. We may never know, but we can still choose to believe. If nothing else, these make great campfire stories as your camping in Suwannee River State Park and is one of the Florida attractions with an intriguing past.

The Conquistador of Palm Beach

Next on this list of Florida Tourist attractions with a secret past, perfect to include on your Halloween USA destinations list, is Palm Beach.

Palm Beach is famous in scuba circles for diving the Blue Heron Bridge. It consistently gets ranked as one of the top shore dives in the world! However, it’s now what’s under the water that’s going bump in the night.

Ghosts of Palm Beach report a ghoulish haunting of the Neiman Marcus Building of an unknown conquistador. The legend has it that this fellow was hung from a cabbage palm and left to die.

While multiple sources have authenticated the hauntings, a more probable harbor for the Spanish galleon would have been just inside the Palm Beach Inlet. It’s only 1000 feet from where the Blue Heron Bridge stands today.

What’s more, the easternmost point in Florida is at the inlet. Is there a more fitting place for a ghost trapped in the New World yearning to return to Spain?

Key West is known for many things, from Ernest Hemmingway to fantastic snorkeling. Ghosts get trapped on islands, and all kinds of bad stuff went down there. In the summer of 1860, US warships intercepted three separate ships trying so smuggle slaves into America.

Their human cargo was unloaded into a makeshift village at Higgs Beach. Most of them would be returned to Africa. However, 296 died of diseases they contracted on their voyage.

There’s also Robert the Doll, who resides on Key West, one of the most haunted items in the world. However, the most chilling tale is that of Count Carl von Cosel.

Freud was half right; the Count loved his mummy. Not a typo, but the embalmed corpse of his patient Helen de Hoyos. She died of tuberculosis in his care, but he wasn’t ready to let her go. Instead, he mummified her and served her dinner every night before taking her to bed with him.

The story made national headlines in 1940 when her family discovered her remains. You can find memoirs of the Count and Robert the Doll at the Fort East Martello Museum on Key West.

Mermaids of the Sea

On January 9, 1493, Christopher Columbus discovered mermaids. Sailing off the shores of the Dominican Republic, he spots three “mermaids” in the water and describes them as “not half as beautiful as they are painted.”

You have to wonder about the perception of a man thinks who lands in America and calls everybody Indians. No doubt, these creatures were manatees. The legend of mermaids seems firmly rooted in the dugongs of Asia and the now extinct Steller sea cows.

You can swim with manatees in Crystal River, Florida. Every winter, more than 400 manatees return to the springs there to overwinter. In the crystal clear water, it’s hard to mistake them for mermaids. However, you might just think they are more beautiful in real life.

Legends of large, hairy humanoids circle the globe. From Big Foot to Sasquatch, they are everywhere. In Florida, there is a chance that they just might be real.

Two things make Florida different. First, the Everglades Swamp is so vast and inhospitable; creatures can live for generations there without being detected. If you’ve ever looked at a night sky map of Florida, you’ll easily recognize the bright lights of Miami. The Everglades are the large dark patch stretching across the rest of the state to the Gulf Coast.

What’s more, populations of primates are already living wild in Florida. A troop of roughly 200 Rhesus monkeys are doing quite well outside of Silver Springs and another outside of Naples.

In 1997, David Shealy even captured a photo of this elusive animal. The world chose not to believe, but that didn’t stop the Skunkape Research Headquarters in Ochopee from continuing the search.

What Lurks Below the Panhandle

When you come to Florida, come for fun in the sun, but beware what goes bump in the night. Florida has a long and sordid history with the dark, macabre, and just plain wacky.

Don’t let it deter you from visiting the Sunshine State. Instead, let it add a little spice to the journey. Remember, that which does not kill you, makes you weirder.

Hi! We are Jenn and Ed Coleman aka Coleman Concierge. In a nutshell, we are an Orlando-based Gen X couple sharing our stories of amazing adventures through activity driven transformational and experiential travel. We advocate for sustainable and ethical tourism and truly believe in the power of travel to transform both ourselves as well as the world around us. Our tagline is amazing adventures for ordinary people because we contend that you don’t have to be super rich, super fit or super anything to have an amazing adventure. Expanding your comfort zone and trying new things will pay huge dividends in both health and happiness. Follow them on Instagram, Facebook, and Twitter too. 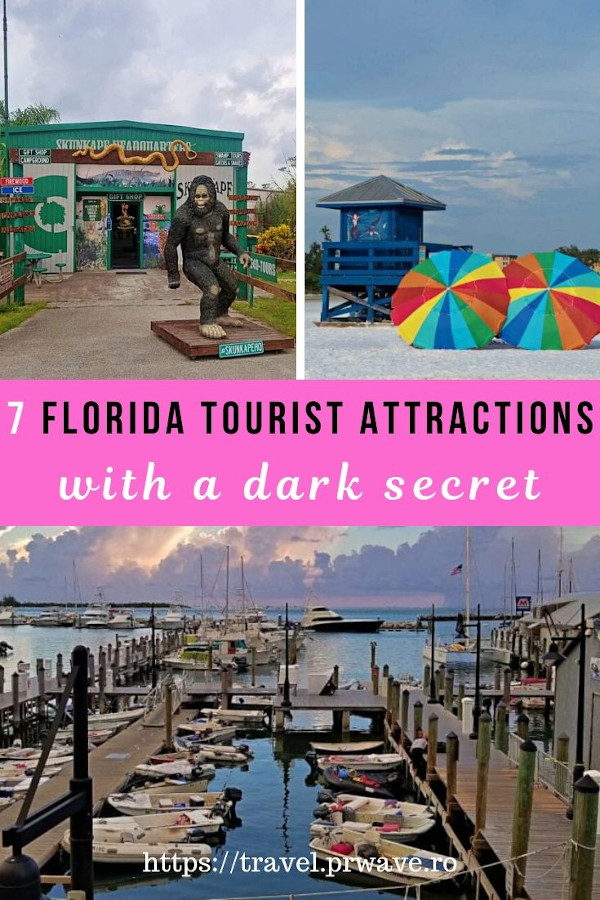 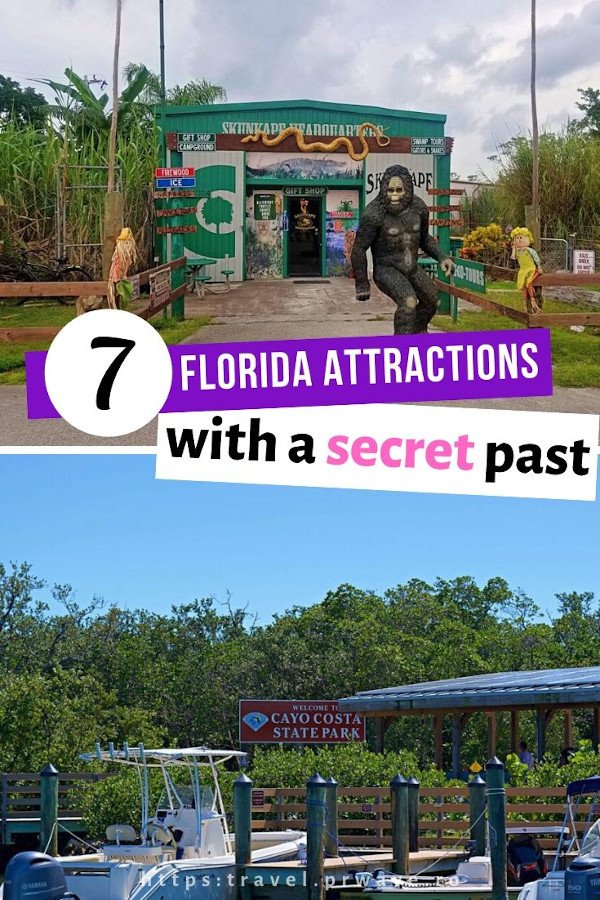 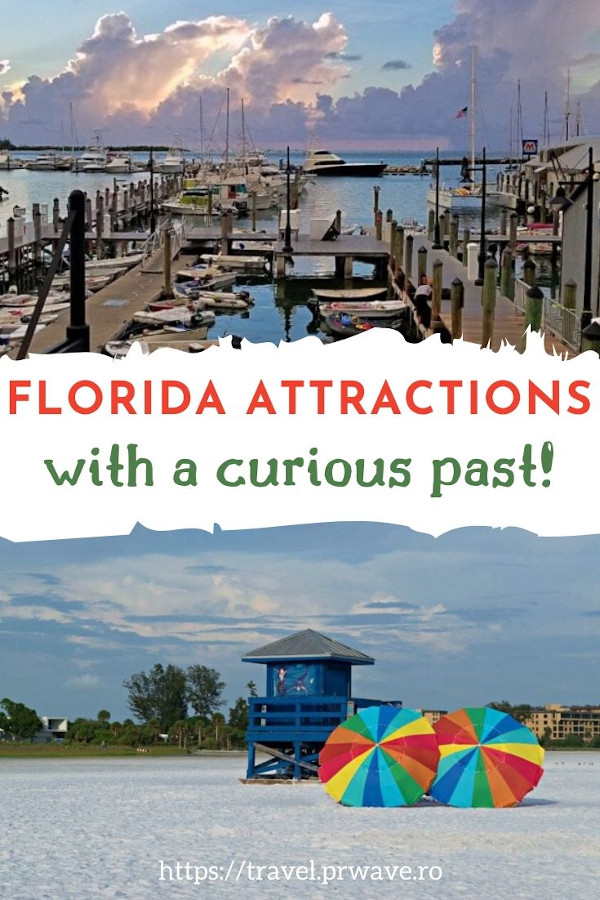