Will you be my Valentine? Yes! And where could one better ask this question than in Rome – the city of Love… But wait a second, some other European capitals compete for this title as well, so could Rome be considered the genuine landmark of lovers? I would easily say yes again when also thinking at its very name, the Italian Roma, which anagrammed gives Amor, the Latin word for love.

Moreover, Amor is not simply a common noun in Latin, it is the name of Cupid, the patron of Lovers, son of Aphrodite (Venus), the goddess of love and beauty and of … Ares (Mars), the mighty god war! And I would rather say that the inner soul of the city is more like a marriage of beautiful artistic atmosphere and the trace of an empire that had dominated the world for centuries by the power of its huge disciplined army. Nevertheless the tricky Cupid has darted my heart. Let’s fall in love together with Rome, the city of Amor!

The eternal city of the seven hills is maybe the largest city-museum, blessed by love for art and architecture, passion of religious sacrifice and an excellent cuisine known for its pasta, pizza, wine and olive oil. All and more make Italians famous for being exquisite lovers.

Finding myself in front of such a grace, I start like Saint Peter by asking myself: “Domine, quo vadis?”. Enlightened by passion and love for the sacred I direct myself to Piazza San Pietro in the enclave Holly State, the Vatican. I get to the very heart of Christianity and Renaissance art admiring loving couples taking pictures or watching flocks of pigeons embellishing the square in the flounder of their white wings. Basilica San Pietro is built over Saint Peter’s tomb by Emperor Constantine and later on garnished by Rafael, Michelangelo and Bernini. Here, I keep a moment of silence in front of Michelangelo’s Pieta, considered “the most beautiful work of marble in Rome, one that no living artist could better.”

When getting to the Vatican Palace, I am amazed by the 11 museums sheltered there. One day is definitely not enough to see them all but it is worth trying and also nothing is more romantic than having a stroll in the Vatican gardens. As an art lover, I could not miss the Sistine Chapel painted by the famous sculptor Michelangelo, in a vortex of “Agony and ecstasy”… I stayed still and stunned under the famous scenes of Adam’s Creation and the Final Judgment being overwhelmed by a divine power, faith.

READ  Gran Canaria on a budget

On my way to Fontana di Trevi I cross Piazza di Spagna, where many people climb the numerous stairs built in the 18th century while considering also some shopping on via Condotti e via del Babuino where most famous Italian brands can be found. I pass Piazza Navona, the most famous baroque monument in Rome hosting the marvelous Fountain of the Four Rivers. Eventually get to Fontana di Trevi where romantic films such as “Three coins in a fountain” and Federico Fellini’s “La dolce vita” were filmed. The sight of Neptune is harsh, the moods of the sea changing, contrasting to the sweet Virgin, giving the name of this place and pointing the spring of the fountain. Like many others, I throw a coin in the fountain. People say two different things: either you will be granted a wish or that you will return to Rome one day. I would like both, so fingers crossed! 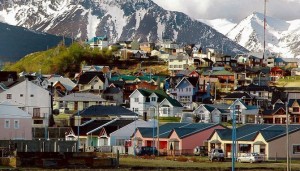 Ushuaia, Argentina – video(s) of the week

How to behave in a hotel

How to choose the perfect gift – in vacation