/** * */ Interesting: Hunting rifle Offered to Nicolae Ceausescu by Her Majesty the Queen and the Duke of Edinburgh - Travel Moments In Time - travel itineraries, travel guides, travel tips and recommendations 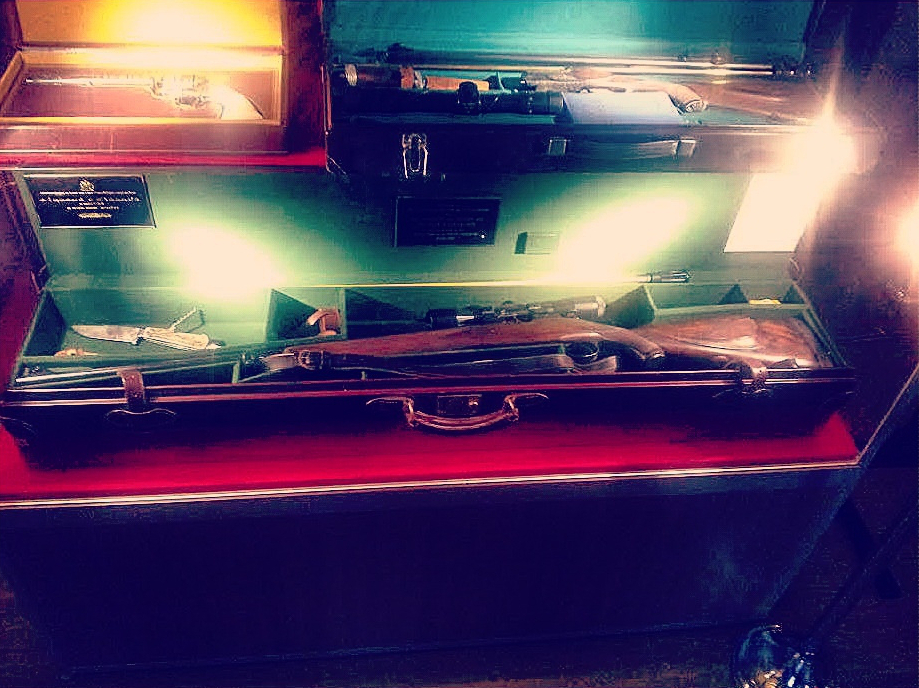 Curiosities Destinations Europe Photo of the week Romania
10 May, 201510 May, 2015 Lori 0 Comment gift, gun, Gun Offered to Nicolae Ceausescu by Her Majesty the Queen and the Duke of Edinburgh, nicolae ceausescu, photo, photography, Queen Elisabeth, weapon

During this weekend in Bucharest, Romania, the National Military Museum King Ferdinand I had a celebration of the museum with two open days. Special exhibits and shows took place during this weekend. We went today – one of my husbands’ friends took part in a war simulation between Romanian and German troops and it was fun – and Eric asked to go inside this time (when we visited the museum on regular days he wanted to see some of the collections, but not all the museum. It is an impressive museum, with exhibits dedicated to costumes, guns and weapons, history, media, aviation, carriages and horses, tanks and so on so it is understandable that he was unable to visit the entire museum in a single day since he was a little over three years old.
We saw today – with him – among others the weapons and guns section and we had a surprise: we saw a hunting rifle offered to Nicolae Ceausescu (yes, the famous communist Romanian dictator) presented to him by Her Majesty the Queen and the Duke of Edinburgh.

All this happened in June 1978, on the occasion of an official state visit of Nicolae Ceausescu.

I must admit I was surprised to see this weapon, to see that it did not disappeared. So yes, I took some photos. Unfortunately, we didn’t have our camera with us, so the only photos were taken with our phones. Still, I hope you’ll find this gun interesting:).

READ  Airplane seen through the clouds from an airplane

Splendid trip at the sea

Photo of the week: dew drops on a clover in Milano, Italy