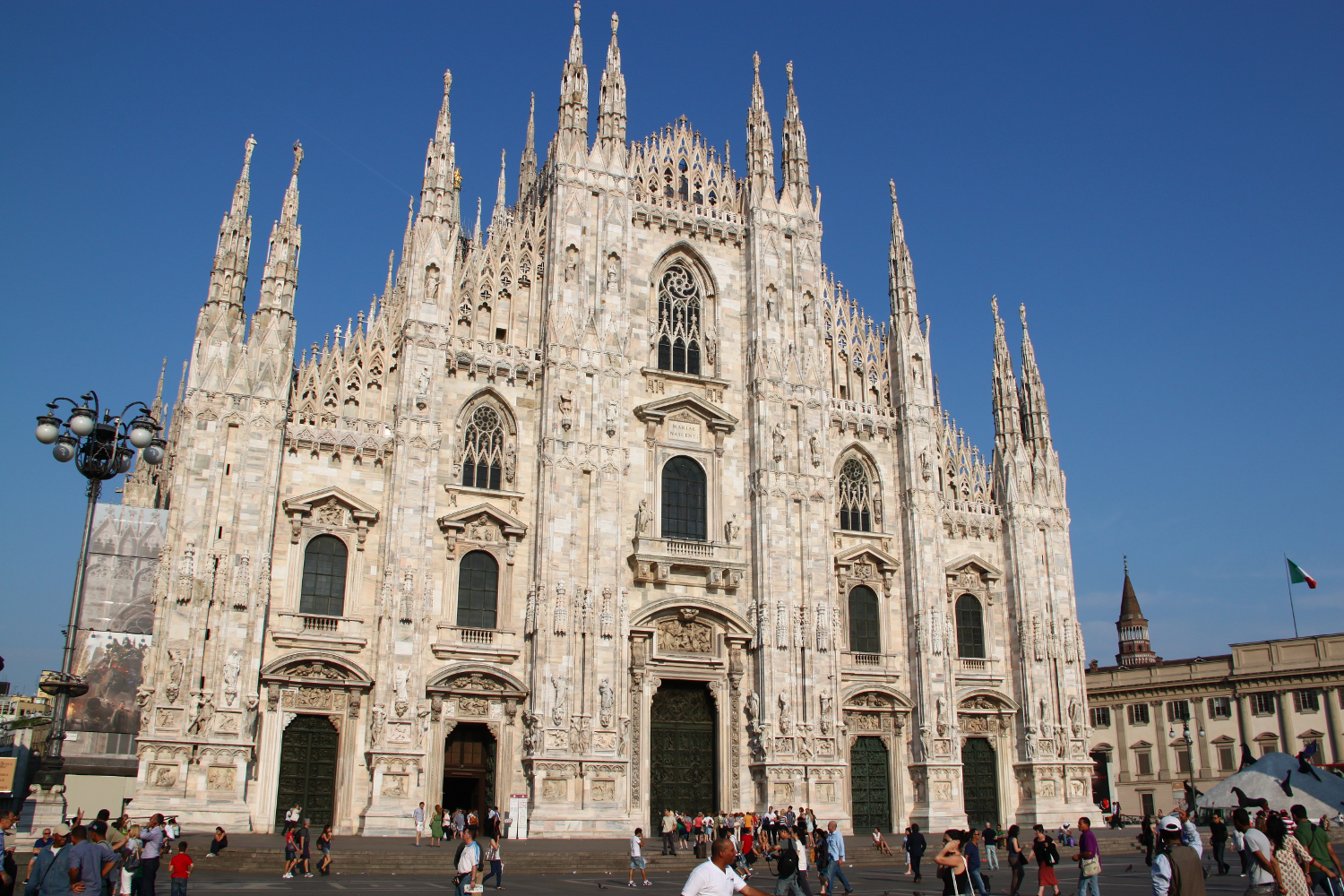 No trip to Milan is complete without visiting Milan Cathedral. Impressive, beautiful, and peaceful, this cathedral should be on anyone’s bucketlist for Milan, Italy, regardless of their religion. Here are 17 mind-blowing facts about Milan Cathedral you may not know.

These Duomo di Milano facts will blow your mind – and will make you pay even more attention to all the details when visiting Milan Duomo. And you’ll have what to pay attention to!

Make sure you only carry a small bag/purse. No travel bags are allowed when visiting Milan Cathedral.

My husband was unable to enter the cathedral the first time he was in Milan. He was on a business trip and his flight would depart late afternoon, so after checking out, he thought he’d take a stroll in the city.

As he got to the Milan Cathedral, he was not let inside as he had his cabin luggage with him (nothing else, just that small carry-on). Still, he was able to only admire and picture only the exterior of the cathedral.

Is Milan Duomo free to visit?

You can visit Milan Cathedral for free.

However, there’s a small fee if you want to get to the roof. Also, you can visit the museum and the archaeological area. In fact, there are a few guided tours that you may want to book.

How to get to Milan Cathedral

You can get to Duomo di Milano by bus, train or metro.

The first mind-blowing Duomo di Milano fact is that the construction started in 1386, but the last detail was finished in 1965!

The cathedral started during Gian Galeazzo Visconti, ruler of Milan at the time, who wanted this to be dedicated to nobles and working classes (who suffered during the previous ruler.) He wanted to be the largest church in the world.

READ  Historical facts you need to know about Boston

It was consecrated in 1418 – but at that time only the nave was barely finished.

The construction – as it is a huge building – got more and more challenging, and there were some delays too.

Or, rather, it was finished for Napoleon Bonaparte.

Napoleon conquered the city and wanted to be crowned King of Italy in the Duomo. He also wanted the cathedral to have the facade finished and promised that France would reimburse all the expenses for this.

As far as I learned, the payment never went through, but the emperor’s desire lead to the finalization of the construction (yes, even though some more details were added later).

There is a statue of Napoleon on one of the spires

It is said that the Cardinal of that time found a saint with a name resembling Napoleon: Neapolis.

So, one of the statues on the spires is that of Neapolis – apparently, even the life of this saint was changed at that time to justify his inclusion on one spire.

The statue looks a lot like Napoleon Bonaparte – another important mind-blowing fact about Milan Cathedral.

Such an imposing church wasn’t the masterpiece of only one architect. In fact, at least 78 different architects were invited to work on the structure – though apparently the original architect remains unknown.

At some point, even Leonardo da Vinci submitted a project (1488 – a project to design the central cupola, but he later withdrew this project.)

Milan Cathedral is the largest church in Italy

As it was to be expected, Milan Cathedral is large. Huge, actually.

Duomo di Milano occupies an entire city block and has a total surface of 109,641 square feet.

The Cathedral has the most statues in the world + Lady Liberty

It is said that Milan Cathedral has the most statues in the world – and, if you look at the beautifully sculpted statues on the facade, at the ones from the spires and at the ones inside, this fact makes sense.

In fact, this is one of the reasons why you’ll spend quite a lot of time at Milan Cathedral – even if you don’t go on to the roof! Because, if you take time to notice all the statues, you’ll discover not only biblical figures and saints but also sirens, a portrait of Benito Mussolini.

And another item on the list of Duomo di Milano facts: there is a statue resembling the famous Statue of Liberty – called Lady Liberty.

Saint Bartholomew, one of Christ’s twelve apostles, was tortured – skinned alive – for his faith.

There is a statue inside the cathedral showing the saint skinned alive. He carries what looks like a drape on his shoulders – and is, in fact, his skin.

The statue is impressive and one of the must-sees while visiting Milan Cathedral and is a lesson not to be forgotten.

Standing tall at 354 feet high, Madonnina (Little Madonna) was built in 1774 and it is said to be the highest man-made object in Milan. She is also the protector of the city.

It used to be the highest point in the city until the 1960s when a modern building rose higher.

In order for Madonnina to remain the tallest object in Milan, a replica was placed on top of this modern building – Pirelli Tower.

Madonnina (Little Madonna) is one of Milan’s landmarks – as is Milan Duomo, so make sure you admire it on your visit here.

Milan Cathedral has the highest nave in the world

Duomo di Milano has five naves, and the highest part of one nave is 45 meters (147 feet) high from the ground.

This makes it the highest nave in a complete church, which is, again, one of the cool facts about Milan Cathedral to know.

There are no visible bell towers

The next item on this list of mind-blowing facts about Milan Cathedral is this: there are no visible bell towers.

Of course, these bell towers exist, but it’s just that they are not visible. In fact, the bells aren’t used very often to avoid the impact the vibrations may have on the structure.

Milan Cathedral is the center of the city

Yes, all the streets are radiating or circling Milan Cathedral. The view of Milan from above is quite spectacular from this point of view.

The construction of the cathedral led to the canals system

As the marble used was Candoglia marble from Lake Maggiore (north of Milan), a series of canals were built.

Even after the construction was finished, these canals – navigli – remained.

Nowadays, Navigli District is famous for its restaurants and for being a great place to take a walk in Milan.

Milan Cathedral has a sundial on the floor

You may not notice it if you don’t know about it in advance, but near the main entrance you’ll see a sundial on the floor.

From a hole on the opposite wall, a ray of sunlight strikes the clock. The bronze tongue is set for June 21, the summer solstice, and the meridian on the winter solstice, December 21.

Yes, one of the three nails from Christ’s crucifixion can be found at Milan Cathedral. The spot is marked by a red light-bulb.

During a celebration known as the Rite of the Nivola that takes place mid-September, this nail is retrieved and exhibited for the public.

Milan Cathedral has the tallest stained glasses in the world

Yes, Milan Cathedral is a record holder in many areas. So, next on this list of mind-blowing facts about Milan Cathedral you didn’t know is that thee of these stained glass windows in the apse of the Cathedral are the tallest in the world.

They are truly impressive, so, again, make sure you take your time and enjoy their beauty. They’re spectacular!

The roof offers some of the best views of the city

While visiting Milan Cathedral, make sure you get to the roof. Yes, it costs a bit, but it’s totally worth it. You can better see the statues on the spires, have an interesting walk on a roof (perhaps the first in your life 😉 ) and get to see the city from above. There are even special tours for visiting Milan Cathedral and the rooftop.

You can even find a more secluded corner to spend some time with fewer people.

So many interesting things can be discovered about a place! 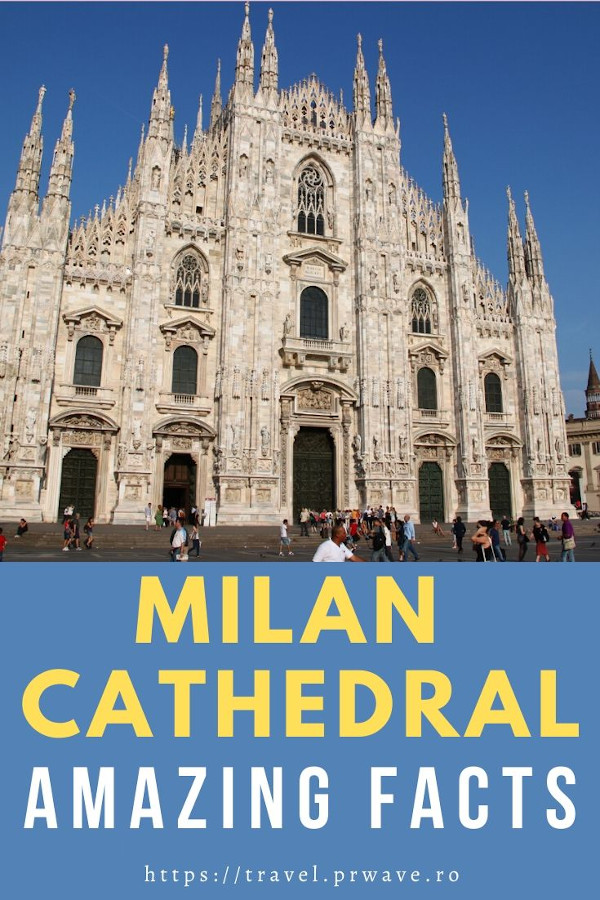 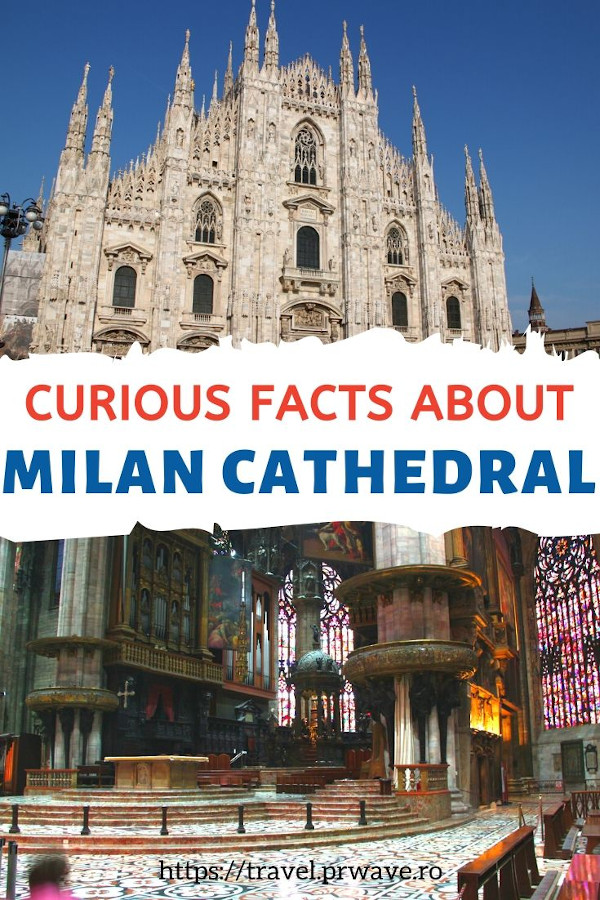 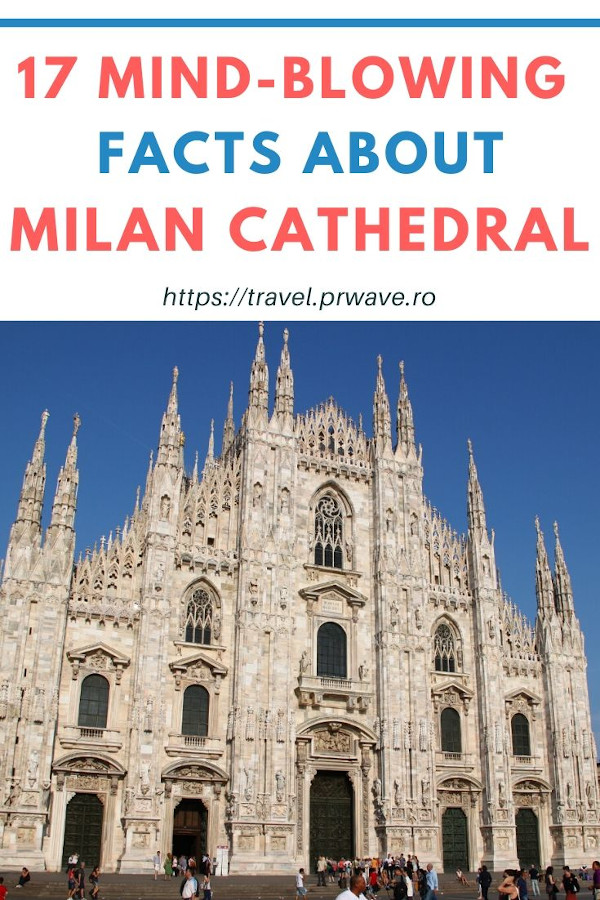