“I liken London to a scatty, erratic and animated saxophonist: an artist, a philosopher but a friend. As London encompasses qualities that you love and loath, but like a friend these sins are forgiven. London contains countless numbers of museums, galleries and eateries, among other weird and wacky things. And this is why I love London, as I know of no other city where you can have an authentic Indian whilst observing a bussling, artisan and quintessential English market”. These are the words of Aceil, an authentic lovely Londoner who took me on an air-rail like journey into the British capital. Please hold on, we now are departing to unveil the mysteries of ever-changing London!

I can hear for the first time the bells of the over 150-year old Big Ben, the world’s third tallest tower-clock, resounding happily but sinisterly at 9 am, the world’s 0 hour in Greenwich. I intentionally paraphrase the name of Big Ben as London is Europe’s most cosmopolitan city, bringing together many worlds in one. I think that ‘Big Bang’ reflects the diversity of an expanding universe. Here the modern history of Europe began: the industrial revolution, the birth of the U.S., or women’s empowerment. London has always been the evolutionist start for many events, and even now it is not ceasing to be. I can see my journey as a Big Bang, starting from the original nucleus, spinning quicker and quicker as I am running out of time and eventually turning it into the Big Crunch on my return to Saint Pancras International. As seven is the magical number of the creation, I will try and reconcile creationists and evolutionists under the landmark of the seven wonders of London.

READ  A white peacock? Yes, along with an "usual" one The best starting place of my journey is definitely Saint Paul’s Cathedral or the very nucleus of a perpetually expanding city. Seated on top of Ludgate Hill, it is one of the highest domes of the world. The actual cathedral is the fifth that has been built since 640 AD after the several fires that have partially destroyed it. Each era has had a different Saint Paul’s to reflect people’s taste and the architecture of the time. The Great Model, designed by Sir Christopher Wren and built between 1675 and 1710, incorporates various elements such the Greek Cross while following the architectural line of the Anglican Church. It is Aceil’s favourite spot, and she takes pictures of it every time she has the opportunity!

Moving further from the nucleus, I get to the City of Westminster and to the Buckingham Palace. This is the residence of the British monarchy and its construction dates back to the beginning of 1700 and even earlier, to the Middle Ages. It has the largest private garden in the United Kingdom and it is the host of numerous receptions and ceremonies. One can see here the sober but splendid Changing of Guard and admire the balcony where the queen uses to show up. If you are in the City of Westminster, do not miss the Westminster Abbey, the largest English Gothic church, part of UNESCO heritage. It has been witness of both happy and sad moments in the life of the English royal dynasty and it will host the marriage of Prince William this year. 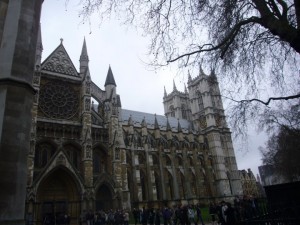 From the Buckingham Palace, I easily reach the Trafalgar Square. In the middle, the Nelson Column stands: it portrays the statue of Admiral Lord Nelson, the commander of the British Fleet against the Spanish in the Trafalgar battle (1805). The square is famous for the various celebrations (New Year’s Eve, sports events) held here, for its countless pigeons and for the National Art Gallery. If you get here, just have a nice tour of the Gallery and admire the 2,300 paintings dating from 1200 to 1900.

READ  One of the most useful travel souvenirs from Spain

(All credits for the pictures go to my friend Agi Stoianova).

Karlskirche – a special place in Vienna

The Many Festivals of Tenerife – A Guide to 2012