Russia plans to profit from the retirement of NASA’s space shuttle.

At a recent event, Russia announced big plans concerning space related programs. This country’s tourism plans expand from earth to the outer space, by planning a hotel in orbit, lunar sightseeing flights and luxury rides into the cosmos.

The plans are to become reality sooner rather than later. For instance, “RKK Energia unveiled plans for a replacement shuttle and Orbital Technologies said it hoped to build an orbiting hotel with room for seven guests by 2016. Other plans include flying tourists to the dark side of the moon and, by 2030, to Mars” as we can find out from a news on Reuters.

I’m sure many people are attracted to the idea of space traveling – see only the big number of requests for space trips with Virgin’s space ship. A hotel would give people the possibility to enjoy space for more than several hours or minutes. Trips to Mars and other planets (or the moon) seem to make reality those SF books, right? But who wouldn’t want to see the red planet? To visit safely the moon?

And now, I have to wonder also: when will people live on the moon on Mars? Would you leave the earth to be part of the first inhabitants of a planet?

READ  Ekranoyacht - the yacht that can fly above the water 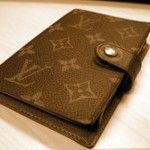 8 Great Ways to Travel on a Budget

Walking in Leeds – photo of the week