Roy Morgan Research just announced its first winners of its inaugural Customer Satisfaction Awards. Among the industries, there is also one dedicated to Tourism and travel and it’s winners are:

This survey is based on customer satisfaction, for this is the main criteria in today’s world, a world that includes social media, instant communication and where each word, good or bad, can have a major impact on any company in any field.

There were some discussions regarding Qantas – given some recent scandals. Roy Morgan Research CEO Michele Levine, quoted by News.com.au “Competition in the premium end of the hotel market has been fiercely competitive and customer satisfaction among the leading brands – like Sheraton, Westin, Hilton, Crowne Plaza and Mantra has reflected this competition,” Ms Levine said.

She also said passengers had apparently been willing to forgive and forget in rating Qantas Domestic Airline of the Year.

“We have also seen (and possibly experienced) the effect serious industrial disputes can have on satisfaction,” she said. “But, ultimately, a year long measure can forgive a short bit of turbulence.”

Qantas is registering a boost right now, and has gone up 2,2% in January 2012 in number of passengers carried in comparison with January 2011. 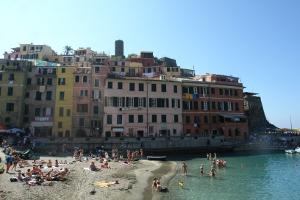 Cinque Terre – The Jewel of the Italian Riviera

You travel a lot. But what do you know about your home town? (or “How to set up a visiting program for a friend”)