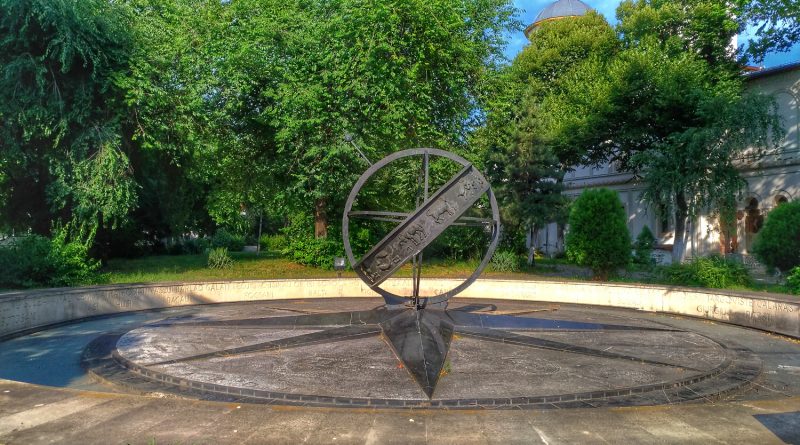 Bucharest, Romania’s capital, has a plethora of interesting attractions. Many of them are famous, but there is one that, even though it is central, many people miss: the monument that marks the kilometre 0 of the city. You can find the Kilometre 0 monument it in the garden of the St. George the New Church, in the St. George Square in Bucharest.

The monument has the shape of a Compass Rose – and in between its rays you can see the names of the most important provinces of Romania.

There is also a sphere with the zodiacal signs.

Also, on the “wall” surrounding the monument you’ll see the most important Romanian cities and the distances from this kilometre 0 in Bucharest.

How to find the heart of Bucharest?

Well, it’s pretty simple: you can find it between Union Square (Piata Unirii) and University Square (Piata Universitatii). There is a tramway station there – so look for that in order to be sure to discover it. You’ll most likely notice the station first, rather than the monument, as the monumet is just behind the station.

But, you can also notice the church – also behind the tram station – so, if you are set to see the heart of Bucharest – the kilometre 0 – you’ll discover for sure.

Why call it the heart of Bucharest?

It’s pretty simple, actually. It’s here that the old town centre starts. It’s located in the middle of a touristy area. And it marks the kilometre 0 of Romania’s capital.

While it may not be very famous among tourists, this monument is an interesting one and, if you are in the area, taking a walk, you should definitely check it out.

The St. George the New Church

Like I said, the Kilometre 0 in Bucharest is places on the field of the St. George Church – in the garden.

This church is also interesting. It is the only remaining church built by the St. Martis and Ruler Constantin Brancoveanu – and it is its most important church. Here the ruler was buries – and here visitors can find the hand of St. Nicholas – it is said to do miracles.

In front of the church you’ll also see a statue of Constantin Brancoveanu.

The metaphorical kilometre 0 of Bucharest

Yes, as strange as it may sound, Bucharest has two kilometres 0. The second one is metaphorical (and more touristy) as it is placed in front of the National Theatre in the University Square (Piata Universitatii) In Bucharest.

This monument marks the place where most of the events in the 1989 Revolution (which lead to the end of the communism regime in Romania) took place.
It is a place and monument that suggests new beginnings. Even though it is not geographically accurate, it is still important for the locals.

Anyway, when you’ll visit Bucharest, make sure to include seeing the Kilometre 0 monument in Bucharest on your list of things to do. In the end, it’s always nice to find the heart of a city 😀

See also  Slovenia, one of the most underrated countries in Europe 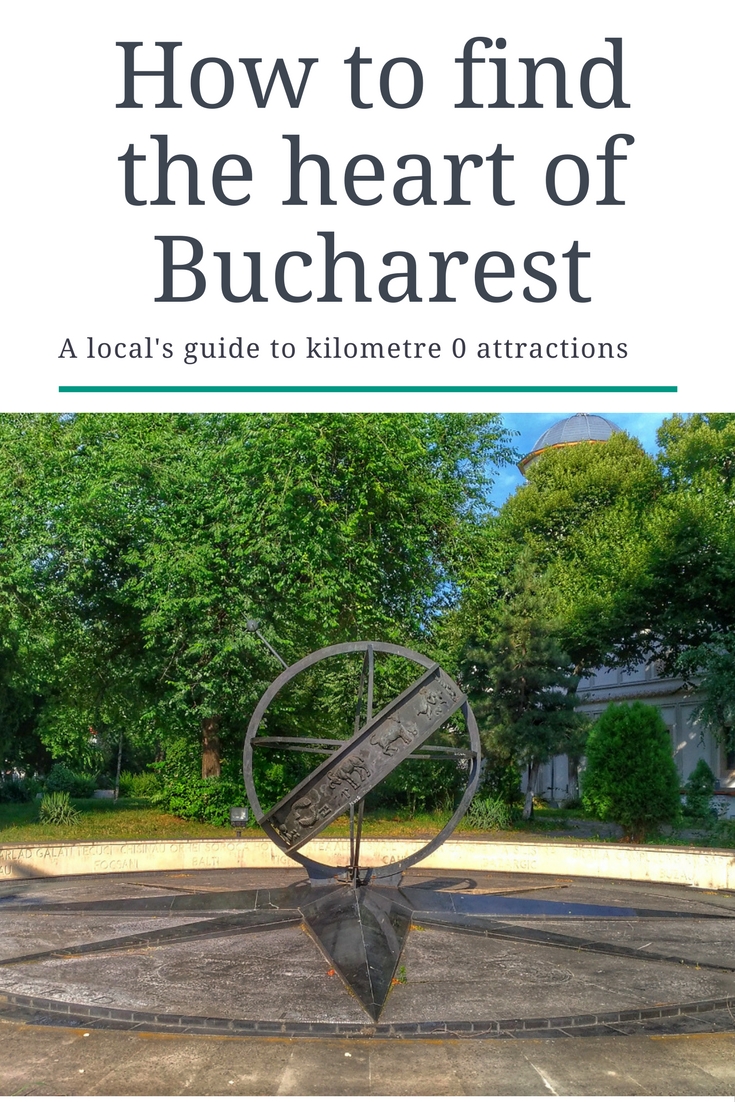 20 thoughts on “How to find the heart of Bucharest”