Last year, just before Christmas, I followed the sound of music and got to the Castel of Salt – Salzburg – where I participated in an international project on cultural identities. Salzburg is a modern city at the foot of an old city, quite calm, picturesque, with a refined elegance, similar to a musician’s dream of glory. Salzburg can be envisioned as a concert hall, two parallel worlds, structured vertically, perfectly embodied and inter-linked through the city funicular. I will try to lead you, on orchestra music, to the best places in Mozart’s and Haydn’s city. Now, let the music play: Do-Re-Mi!

When I sing Do, I get to the Domplatz or the Cathedral Square, the center of the Old City. Virgin Mary’s statue, Maria Immaculata, the most beautiful attraction, explains the mystery of the Holy Conception in an allegorical way. As Christmas is close, it is here that you can find the specific Germanic market. In Salzburg you will have the opportunity to buy Christmas decorations and a lot o traditional wooden toys or porcelain puppets, while listening to “Silent night”, composed by Josef Mohr, a past inhabitant of the city. I stop to speak to one of the sellers, a kind man who (amazing!) has Romanian origins, his grandma having left Timisoara during communist times and afterwards having married an Austrian gentleman. For this reason, even if the man does not speak Romanian, he is very fond of this country, has visited it several times and helped a lot of Romanian residents in Austria. I like the story and I buy a singing marmot, dressed Christmas-like, the symbol of the Alps and Austria, he claims. I say good-bye and continue my song.

My Re stands for Residenzplatz, the Residence Square, hosting the most beautiful fountain in Salzburg, the Residence Fountain, built in a mannerist style. Just before having reached the square, I met two lovely ladies… horses, Mona and Lisa, perfectly matching in the romantic landscape, populated by sledges making city-tours. For the snow sports passionate, there is an enormous ice rink set-up and people of all ages enjoy the evening while graciously skating on the ice.

Leaving the Old City behind, I definitely cannot avoid the Mi, the Mirabel palace and gardens, their construction by Prince Wolf Dietrich von Raitenau in 1606 being a symbol of love for his lady, Salome. Here, the famous Do-Re-Mi scene in the “Sound of Music” was filmed and I can almost see Maria and the Von Trapp children singing and running. The center of the gardens is dominated by the Pegasus Fountain, and completed by a four-element (Fire, Air, Water, Earth) sculptural complex, an old hedge theater, a dwarf garden, all of them having been added in time, as the Mirabel complex has suffered several changes since the 17th century.

Getting back to the city center, I start climbing the stairs leading to the world of the majestic Alps where the echo sings Fa, sounding like a Fo, the Fortress of Hohensalzburg, one of the largest and best preserved castles in Europe, dating back from the 11th century. All Gothic castles are romantic but this one seems to be more than others with its guarding lions and breath-taking view on the city. The castle is impressive, overwhelming, it’s like a gate-keeper traveling through times. “All old and new-all”, would Eminescu say, the castle is eternal. It is as durable as the man feels tiny, transient, and perishable. It seems to have been dug into the rock and has almost become one and the same with the salt-like stones. A part of me remained in the castle, looking over the city, at the light and bustle of life, so different from the silent, but not dead fortress, impassive to the curious and cheerful voices of the visitors. While descending with the funicular, I feel the need to sing again, Sol for solfeggio, this time, on my way to the Mozart Platz. “Michl march, Mozart is here!” I say in front of the composer’s huge 19th century statue looking over the square. Salzburg is the home town of Mozart and many souvenirs are dedicated to him; I couldn’t help to have some Mozart specific chocolate bonbons. The old house of Mozart’s close friends, the Antretters, hosts now the University Institute of Music and further on there are two Mozart’s museums as well. As I pass by Mozart birth-place, Hagenauer House, I sing La for “La finta semplice”, a controversial opera of Mozart composed when he was just a 12-year old boy, and then get to the Tanzmeisterhaus where he has written many of his major works. The museums offer wide collections of musical instruments and pictures, taking the visitors on a journey in the life of Mozart. I feel that I still have not had enough, so I reach the Si, the oldest street in Salzburg, the Sigmund Haffner Gasse, at the end of which the City Hall and the Franciscan Church are. It is a perfect shopping area, with buildings dating back to the 15th and 16th century and also sheltering the House of the Elephant (a gift for Prince Maximilian and his wife) and the oldest Austrian bookstore. Hold on, I will stop to buy something from here! After shopping, I feel hungry and I decide to try some specific food and cakes: soups, meat-dishes and a cake similar to an omelet with cherry marmalade. I confess I am not brave enough to have an entire schnaps, a traditional drink apparently curing and keeping colds away.

Unexpectedly, at the end of the day, although I come back to the Do, it is not the one remaining in my mind. The Castle stays with me and paraphrasing Eminescu, I say: “we, humans, live along to perish/ alone, the chance can make us cherish/ but Salz, the castle, reigns above us all/ in his cold, eternal world”… The historical information on Salzburg that I have used comes from: www.salzburg.info 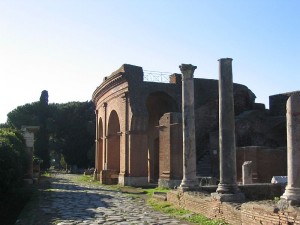 The Danube Delta, a unique place in the world

In October on Travel – Moments in Time