There are those moments in time which belong to a nation’s heritage. Romania has plenty of such moments: the two Unions that led to the existence of the Romania [almost as] we know it today (fortunately these moments are given the proper attention they deserve, December 1st being Romania’s national holiday while January 24th being no less important, since the “Small Union” from 1859 has laid the foundation for the “Great Union”, the one from December 1st, 1918); the great victories that helped the Romanian states remain independent at a time when the entire Balcanic peninsula was under Turkish occupation, during the Middle Age; the proclamation of Independence on May 21st, 1878 (later recognized by the Central Powers on July 13th, the same year) and so on and so forth. Unfortunately, the Romanians do not tend to give too much attention to their own history, and the monuments often lack proper care and, most important, proper publicity and PR. (No wonder this happens, given our leaders – you could say.)

Fortunately, the World War I mausoleum known as the “Mausoleum from Mateias” is not one of these forgotten sites. Built between 1928 and 1935 by De Nicolo from a design by the Romanian architect Dumitru Ionescu Berechet, this mausoleum is built to remind us all of the fierce battles fought in the Campulung area during the autumn of 1916, when the Romanian troops resisted the assaults of the Axis’ armies. (Unfortunately, this front had to be abandoned because of the situation on the other fronts, which eventually led to a full retreat of the Romanian armies to Moldova.) The monument has been massively restored after World War II, and especially after the great earthquake of March 1977. The only drawback of this monument is its emplacement in regard to the nearby roads. There is almost no place from where you can take a long distance shot at this site and, along with that, the monument is closely surrounded by tall trees that hide its impressive design. Some people say that from a distance it looks like a closed fist, with a finger pointing straight up. The surrounding trees and the inability to observe this place from a distant spot make this claim difficult to either prove or dismiss. I tend to believe it, though…

I was pretty young when I first saw this place. I must admit I didn’t feel very impressed by that time (I was under 10, if I remember correctly). Still, time and a bit of history make you understand things in a different manner (I think it’s called “wisdom” or, at times, “aging” – still not quite sure about the right one…) and now, many years after, and after having paid a number of visits at the National Military Museum and having learned a thing or two about our national history, I must confess that I found this place quite… impacting.

The original monument is a building atop of a hill, near the road that crosses from Muntenia to Transylvania – the old commercial route, the Rucar-Bran pass. It consists of the crypt and an attached tower. The walls in the crypt bear the name of many soldiers fallen on duty on this battlefield. A niche houses a crystal casket where the remains of several of these heroes are carefully stacked and watched by a couple of candles, carefully kept lit. The tower hosts a “lighthouse”, and unfortunately it cannot be visited. Between 1980 and 1984 the monument has been further developed, being added a parade terrace, a monumental access stairs, a bas-relief and a small specific museum. The access to the entire complex is a mere 3 lei (about US$1) per visitor, and there are no photo or filming fees. The first to be accessed, as you climb the stairs, is the museum. In a couple of rooms you can see documents of the time, printed or handwritten; uniforms; hand weapons and large projectiles; maps of the front; excerpts from publications of the time stating the great impression the Romanian armies made throughout Europe with their acts and resistance. There are even a few triptychs depicting some of the leaders of those battles. There is even a tiny portrait of the famous hero Ecaterina Teodoroiu, a brave young girl who fought and died in the first line, a very unusual thing for a woman in those times. In the last part of the museum, there is a diorama depicting a battle scene. Between the museum level and the original complex there is the promenade terrace and the bas-relief, marked by a text on each side. To the left it states: “For the honor of the homeland and of the flag, for uniting Romania, we have defended the holy land of our country with manhood and faith in victory, to the ultimate sacrifice, thus leaving you, generations to come, a free and independent nation!”, while to the right it bears the text “We reverently bow before the supreme sacrifice of the brave heroes of our nation, brave and worthy defendants of our national entity, and on the call of our country we will do the same sacrifice to maintain the independence and sovereignity of Romania!”. Quite an impressive lesson of history, I must admit…

Overall, this monument is worth paying a visit. If yu come from Bucharest and you’re not very eager to ruin your car on the poor DN72A (especially the short part from the Arges county…) you can stop by when you travel to / from Rucar-Bran pass, eventually via an alternate route (A1 then DN73 / E574). In the end, it’s on the road. And half an hour of modern history will do you no harm. Even if there are not very visible road signs, the monument is visible when you come from the south (from Campulung) while if you come from Rucar the monument is near a road’s highest point as it sneaks along the hills, among a bunch of trees that hide it from that side. Still, you can spot it if you pay a bit of attention to the left of the road. 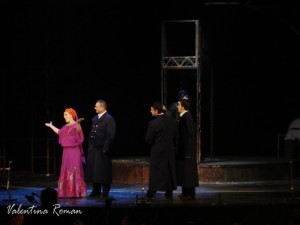 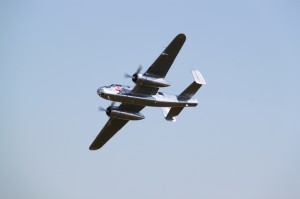 Bucharest International Air Show – a Must Not Miss Show

Photo of the week: burning (the) winter