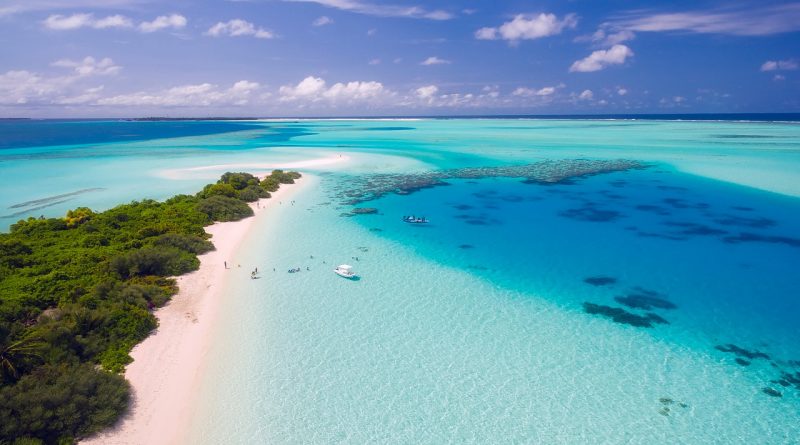 Our world is a wonderful place… yet there are so many unscrupulous entities that want to turn it into a wasteland (or rather make profits without concern of what they are destroying in the process). One of the results of exploiting our planet is climate change that, even if so many deny it, exists. Most people only feel its marginal effects – yes, this year’s superstorms can be traced back to the rising sea temperatures – so their perspective on the matter is less hands-on. But the rise in sea levels and water temperatures can – and possibly will – have far more irreversible effects on places around us, places that are wonderful, popular, and under the threat of changing forever. Or disappearing altogether. Like the ones below.

The Republic of Maldives is the smallest Asian country and the most dispersed one at the same time – its 298 square kilometer surface is spread across a chain of 26 atolls (coral islands) in the Indian Ocean. It is also the country with the lowest elevation – its highest natural point is 2.4 meters above sea level. And this is the reason why it might completely disappear in the coming years.

Due to the rising sea levels, the islands of the Maldives may disappear underwater as soon as in the next 30 years. And the country’s authorities are aware of this threat – in 2012, the government announced that it intends to purchase several islands from Australia, India or Sri Lanka to be able to relocate the population if something irreversible happens.

READ  How Do You Plan And Play For Vacation Travel? - Infographic

Venice is among the most popular tourist destinations in Europe, especially during the carnival season. It has several world-famous landmarks, like the Piazza San Marco, the San Marco Basilica, the Rialto Bridge, and not least, the Venice Casino, which functions in a beautiful palazzo called the Ca’Vendramin Calergi. Even if gamblers will have enough alternative destinations, including internet casinos like https://www.allslotscasino.com/, it would be a shame for it to disappear. But it will, scientists say, in the next hundred years.

According to a projection done by Italy’s National Institute of Geophysics and Volcanology a few years ago, if the current trends continue, Venice – along with tens of other coastal areas of Italy, like the North Adriatic coastline, the coasts of Catania, Cagliari, and Oristano, Versilia in Tuscany, the plains around the Po river, and many others.

Corals are for the sea what canaries were for miners back in the day – they are the first to signal a threat. Australia’s Great Barrier Reef, a massive strip of corals that is home to a myriad of species, has signaled that something’s wrong years ago – and by today, it might have passed the point of no return. Coral bleaching – a massive die-off of corals – has been observed in the area for a long time, and scientists now believe that the natural landmark will fall victim to it in the coming years.

The warming water temperatures are affecting corals seriously, leading to their mass destruction. While the “ecological function” of the reef can be retained, it will no longer exist in its current form in the near future.