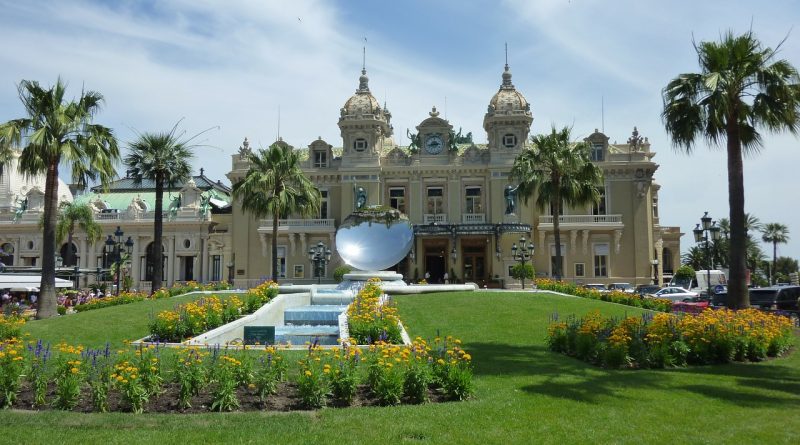 Most of the times, the best reason to travel is wanderlust – a feeling best described by this word of German origin that expresses a strong desire to travel. But where to go and what to see – well, this can be a far harder question to answer. After all, there are so many things to see, so many cultures to discover, and so many landmarks to take a selfie with that one might find it hard to decide which ones to choose first.

Sometimes, the best idea is to build your itinerary around a certain topic to be able to use your time spent on the road the most efficiently. Among them, there is one that might not be obvious from the start but can be just as rewarding as a pan-European beer crawl, for example: visiting the most beautiful casinos of the continent.

Image by Didier Descouens via Wikipedia

Gambling has a long history in Europe – after all, it was born here. Over the centuries, it has evolved a lot from the first gambling house in Venice – the Ridotto – to the modern-day online options like All Slots Casino. While playing at the All Slots is the more convenient and simple way, traditional gambling hasn’t disappeared. Many of the oldest and most beautiful gambling destinations of the continent are still active and welcoming visitors, offering them the possibility to play in an environment no modern casino resort can match. And they can be attractive even to casual All Slots players and those who don’t play casino games at all.

READ  Travelling and the survival and pocket knives #infographic

The first – and most obvious – gaming destination to visit would be the oldest building that functions as a casino in the world: the winter home of the Venice Casino, the beautiful Palazzo called “Ca’Vendramin Calergi”. Built in in the early 1500s, the building has served as a dwelling for the high society of Venice and beyond, before being acquired by the city’s council. Since the mid-1950s, it hosts the Venice Casino, along with the city’s Richard Wagner Museum to honor the famous composer who passed away among its walls. Its beauty is hard to match: its exceptional facade with columns and arches faces the Grand Canal, and its interiors are lushly decorated with chandeliers, decorated ceilings, and sculptures.

Another obvious destination would be Monaco’s Monte Carlo Casino. Built as a gambling establishment from the start, it sits on top of Monte Carlo, overlooking the city state of Monaco, which offers a unique view of the city. Since it was built with the cream of society in mind, it is lushly decorated, with amazing interiors and services to match. The Monte Carlo Casino is the most famous in the world – it was made immortal by author Ian Fleming who reached out to it for inspiration when describing the Royale-Les-Eaux, the casino where James Bond has to bankrupt Le Chiffre.

Last but not least, another destination where relaxation and gambling meet: the Kurhaus (bath house) of Baden-Baden. Built in the late 1820s, it has a beautiful neoclassical exterior matched by a luxurious interior, clearly built with noblemen and women in mind. The Baden-Baden spa house and casino has been described by German actress Marlene Dietrich as ‘the most beautiful in the world’ and has inspired Russian writer Fyodor Dostoyevsky to create his famous work “The Gambler”.