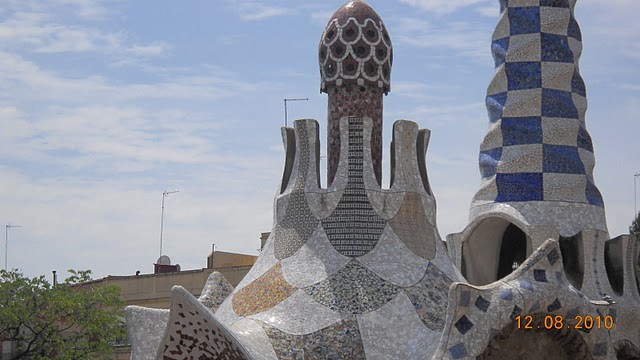 The city of Barcelona is located in Catalonia, a region in the northeast of Spain. This city is known for its architecture and its urban beaches filled with cafés, seaside restaurants and terraces. The city can be reached by bus, car, high speed AVE trains and by air, and there are many affordable flight tickets and train tickets available.

Some of the city’s most famous landmarks were built and designed by Gaudí. These include the city’s symbol, the Cathedral of the Sagrada Familia, and Casa Batlló and Casa Milá houses in the Eixample district. The Sagrada Familia is an unfinished cathedral with high vaulted ceilings, several naves and bony columns. There are several finished facades decorated with carved figures. Visitors can climb up two of the towers in order to enjoy views towards the city from its most famous landmark. Casa Batlló has a sandstone-and-tile facade with iron balconies, and the nearby Casa Milá has apartments that were built without using any straight lines and rooftops where the chimneys are statues.

The city’s Gothic Quarter is another popular meeting spot. The ancient quarter is located a short walk away from the Ciutat Vella, the Old Quarter. The main landmarks in this district are the Gothic Seu cathedral and the Plaza de Reial, an ancient square where the Fountain of the Three Graces and several lampposts designed by Gaudí are located.

Barcelona has a variety of restaurants where visitors will be able to enjoy traditional Catalan cuisine, dishes prepared in Michelin restaurants, fresh local products that are sold in the city’s markets and many tapas. Tapas are appetizers, and are usually served with every drink ordered at most bars. Some of the most typical tapas include green fried asparagus served with thick salt, pimientos de padrón spicy peppers and many types of ham and cheese.

The city’s most famous markets are the Boquería and the Sant Antoni markets. The Boquería market is steps away from Las Ramblas, a set of boulevards that crosses the city from the Catalonia square to the shore. This market has several juice stalls, traditional markets stalls and many tapas bars where visitors will be able to try tasty tapas. San Antoni is a more traditional market located next to the Ciutat Vella and the Raval neighbourhoods. The market has stalls selling fresh local products and there are several pastry shops nearby.

Another masterpiece designed by Gaudí, this park is located on a hill slightly away from the city center. The park has many landmarks, including Gaudí’s house which has been transformed into a museum dedicated to the architect. The park has a large observation deck decorated with a semicircular bench and ceramic tiles from where guests will be able to enjoy views towards the city and the Mediterranean Sea. 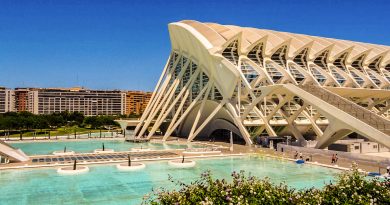 8 thoughts on “The four highlights of Barcelona”