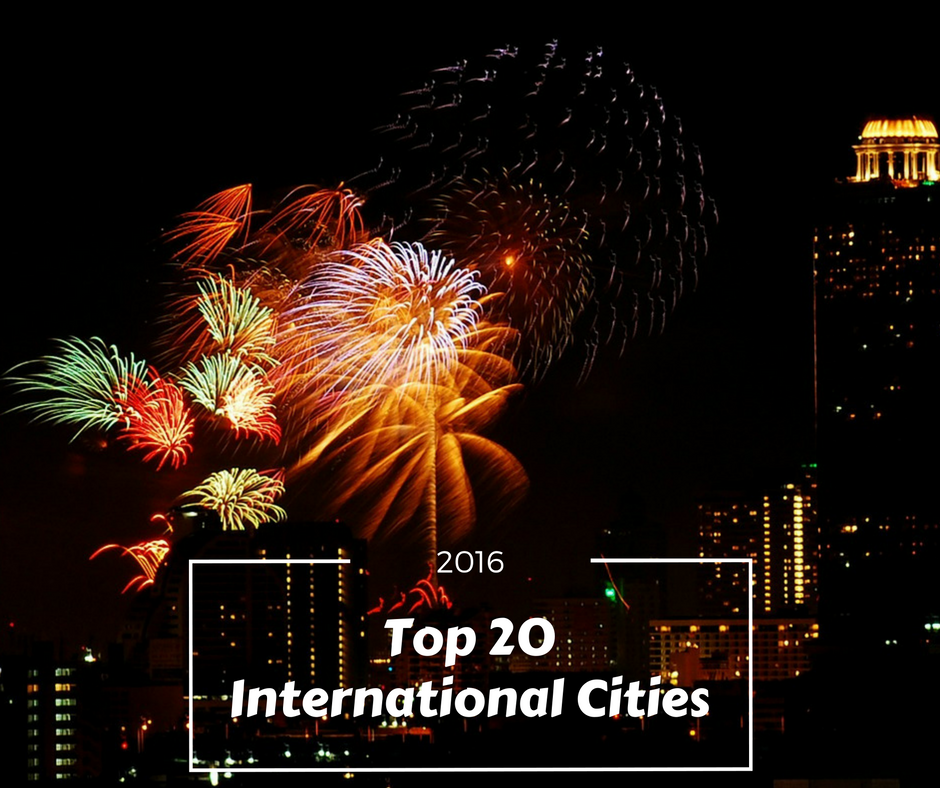 It’s always interesting to discover, at the end of a year, which were the most visited cities worldwide. I admit I am curious – to see if my favourite cities are in top, if cities from my country made it, how the top changes from one year to another, which are the top cities split into different areas and continents, etc. So here are the top international destination cities in 2016 – according to the Mastercard Global Destinations Cities Index recently released. As you’ll see below, I’ll include the top 20 international destination cities, then the top 20 cities based on visitor spending, and then top 10 cities from different continents/areas. So, let’s see them: Shanghai has the highest percent in business visitors (54.6%) with the second city at a far distance in terms of visitors for business purposes: Tokyo (27.5%), while Istanbul has the highest one for leisure visitors (90.8%), followed very close by Barcelona (90.3%). As you can easily see, the Asia/Pacific region has the most impressive visitor growth and the most cities among the top ten global destinations. The top 10 Fastest-Growing Destination Cities in 2016

Again, most of the cities are from the Asia-Pacific region – and, as an interesting fact, there is NO EUROPEAN city among the top 20 fastest-growing cities in 2016! The report showed that there is an overlap between the fastest-growing cities in Latin America and the Middle East and Africa regions. Things are different in the Asia-Pacific area. You can check all these details in the 2016 Mastercard Global Destinations Cities Index.

One thing is clear: the Asia-Pacific area is currently trending – it has the most cities included in the top 20 global destination cities in 2016 and has numerous cities currently in the fastest-growing cities top. It looks like the other areas need to do more to lure tourists – either in the currently famous cities, or in new ones. For instance, I know that there are so many other amazing, friendly, perfect for leisure and/or business trips cities in Europe (my continent) and I hope to see them on the list in the next years (and more from Europe in the top 20 global cities).

As a side note, I was happy to see that Bucharest (capital of Romania and my home town) is ranked 8 among the fastest-growing destination cities by international overnight visitors (2009–2016 CAGR).

How about your favourite cities? Did they make it into various tops? And what cities do you plan on visiting the next year?