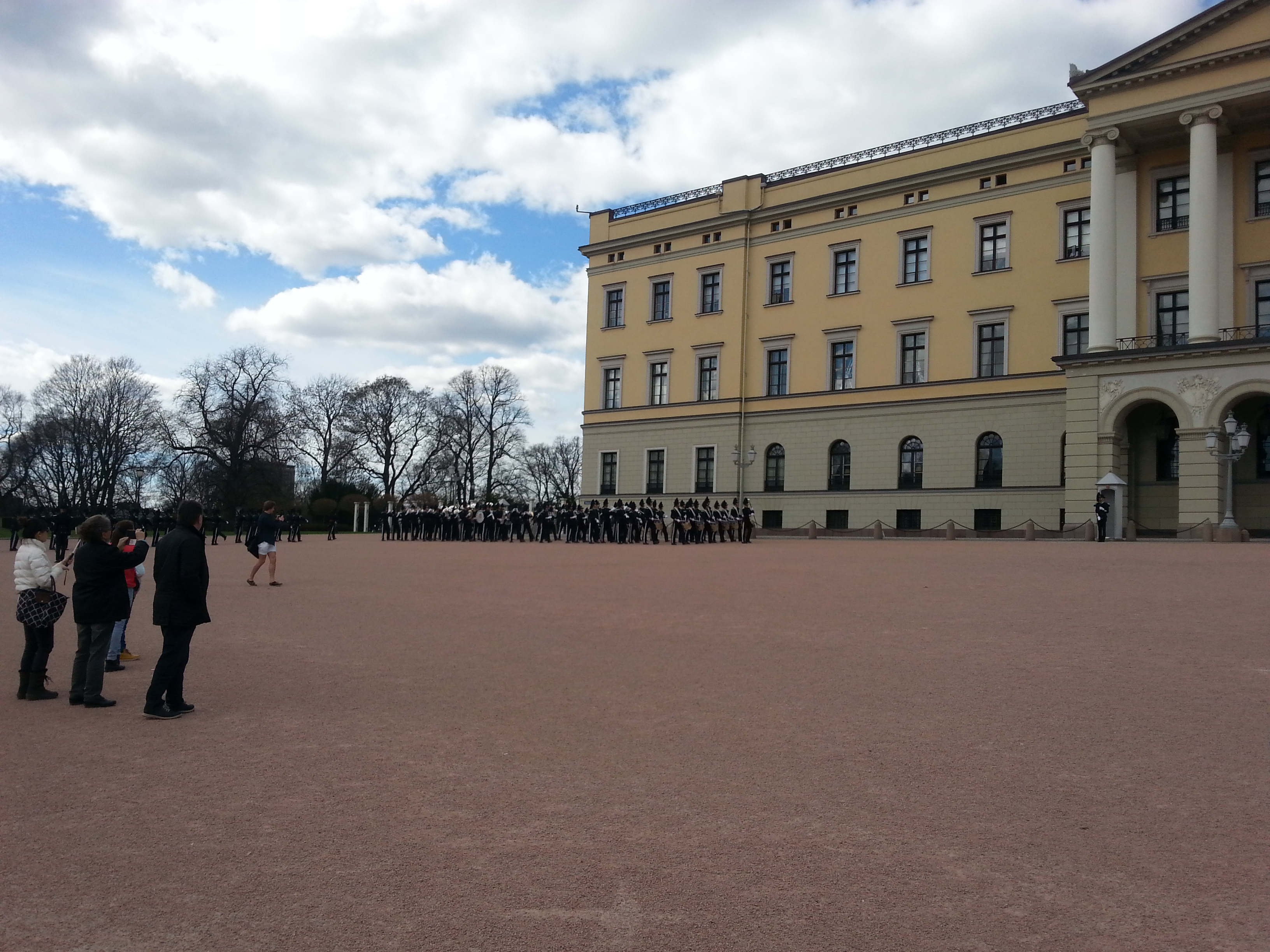 About a month ago I was [again] in Oslo, for work as usual. And since my wonderful customer ended up properly preparing all the stuff before my arrival, I ended up with a spare day when I decided to do what I should have done long ago, which is to take a walk through the city. Since the hotel was next to the central station (Oslo Sentralstasjon) such a walk had a decent chance to bring me to some interesting spots.

I must admit that despite my travels, I don’t go out that much. After all, in the end of my work I am so tired from all the noise – I mean, NOISE – and cold air drafts in datacenters that I have little desire and energy left for a walk. Nevertheless it happened on a few occasions, some of the most memorable being Berlin (where I made my only selfie in front of the Reichstag :D), Milan, Rome and Paris. And this time, Oslo. This was long overdue anyway, because Oslo is a very nice city, which – like Berlin, for example – does not crush you beneath immense skyscrapers and massive architecture. On the contrary, there are a couple of tall buildings around Sentralstasjon but that’s it – the rest of the city is very human-friendly and even the business areas – one of which is built on the former airport in Fornebu – don’t feel very oppressive, despite their glass & steel structures as well as their size. So I got out… Karl Johans Gate is one of the most crowded pedestrian areas in Oslo. Even if it was only a Tuesday around noon, the street was almost packed full of people. I ended up walking towards the Royal Palace – I feel strangely attracted to the main buildings of a capital city: the Parliament, the Head of State’s residence / main office building and so on. I was not to be disappointed, since the Stortinget (the Norwegian Parliament) and the National Theater (pictured above, in this order) are along the same road. And as I was climbing towards the Palace – the Palace’s garden has been finished 2 years before the building and it has been open to the public ever since – I heard a faint sound of something similar to a military brass band. So I turn around… to see a brass band marching in formation towards the palace. And I can’t hold myself from filming it, just like many others…

Obviously everybody follows the formation, especially after noticing the Guard Unit behind the band, and we witnessed the very nice ceremony of the Guard exchange:

I must confess that this event made my day. A very interesting fact that I noticed was the total silence and respect all spectators displayed during the ceremony, even if nobody has demanded it and there were tourists as well as what seemed to be locals (I sincerely doubt that 2 groups of little children, perhaps 6-8 years, were “tourists”…). So if you find yourselves in Oslo with some time to spare around 12:00 – 12:30, make sure you get on Karl Johans Gate around that time; the group marches from Stortinget towards the Royal Palace and you can easily follow them on foot then get a nice view point next to the Guard House where the exchange is performed. 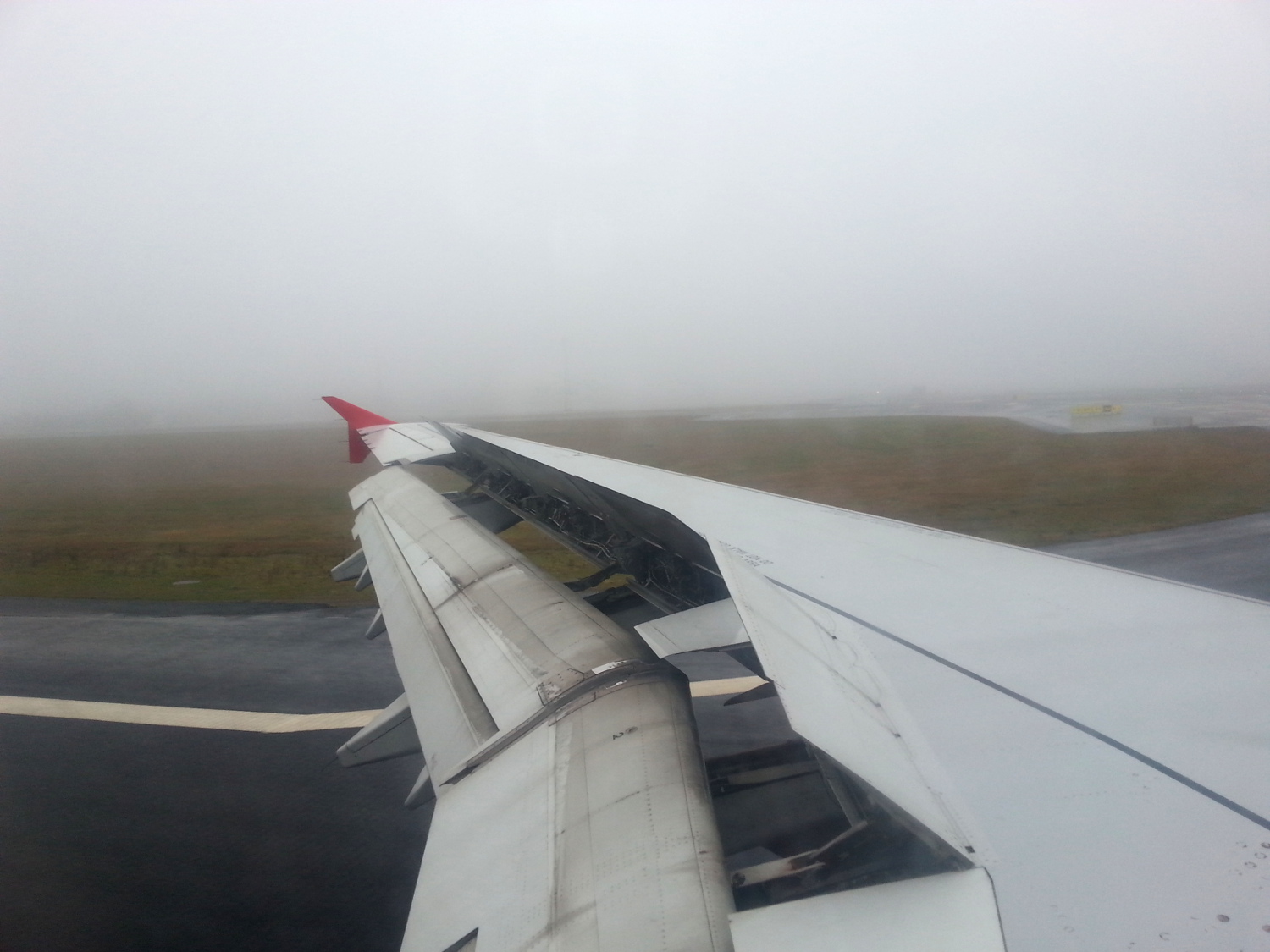 Fog at the Oslo airport

View over Oslo at Night