Few days are left until the ocean of snow will again dominion over mountains, so I decided to do one last lap late autumn. Last Saturday I finally got out of the house, taking the mountain road in Leaota Mountains.

It was a last minurte choice, and I must admit that initially I was not happy with my choice. On the list I had Small Jeps and Moldoveanu Peak itself, but I decided to go to Leota due to the changing weather and less difficult route.

We started in the morning from Buzau, only four people, with one car, and at ten o’clock we were at Monastery gate, equipped and prepared to go the trail. Until this point I came guided by GPS (more or less) and a map of the area.

GPS has done its job conscientiously until Runcu vilage (where the route starts) bringing us through Sinaia mountains on a lovely road, but a few miles off Runcu it got puzzled when we took on a very bumpy road without asphalt.

Despite the late autumn frost (about -2 degrees C) peak, we had a wonderful time with a sun that watched over us until sunset, having therefore part of a superb view. Although the route starts at the entrance of the forest road (the exit of Runcu), we decided to do a part of the journey, as much possible, with the car, to enjoy as much of the splendor of the mountains in the short autumn day that stretched before us. Route marking is a blue strip, but in most cases it is inexistent. The absence of marking is offset by good road, which is well defined and easy to see, up to the Leaota cottage.

READ  The Lilac, a gorgeous flower in Romania The road through the forest was pretty exhausting, so the cottage was a relief for us. Right from the start I knew that it will be the first and main stop for food and rest. By the time we arrived the cottage man’s children were harvesting wood from the forest and making preparations for later guests.

Situated at an altitude of 1330 m, the Leaota chalet is an important point of refuge in the area. With equipment of the most modest (wooden beds and two terracotta stoves that heat the two rooms) this chalet does not aim to be a tourist attraction but a refuge for the late and brave. Accommodation at cottage costs about 15 lei/day and requires a prior phone (reservation) to notify the cottage owner Mr Gila, because he may be away (contact number is 0730.852.668). After we ate and regain our forces, we started again on the path determined to get to the Leaota summit. Situated at an altitude of 2133 m, the summit watches over the whole Leaota mountains, being the central point for several routes that connect Targoviste and Brasov. As I was about to soon find out, the Leaota peak was a difficult target, the few hours of light and fatigue induced by the first round of negative temperatures of the year didn’t help us reach the summit so we decided to deviate from the route and we finally ony climbed to about 1600m altitude somewhere in the south of mountain Romanescu. On “Galma”, as we called it, we spent about half an hour during which I made some pictures and we ate something. From here I could look up away to the horizon, able to admire the snowy peaks of the Fagaras ridges. The violent wind and low temperature (estimated somewhere between -5 and -7 degrees Celsius) forced us to climb down and so we resumed the route back. On the way back we had an excellent light so I lingered for pictures. When we returned to the cottage we found a lot of people. Some were making grilled skewers, others gathered wood to make fire in the night about to come, while others simply admired the view. Here we made one last stop, after which we went through the woods to the monastery gate where I left the car on arrival. Among leafless trees we saw a friendly sun descending behind Fruntii peak, throwing its last rays toward us and allowing us to take one last picture. We arrived at the car, got the equipment off, and parted back to Buzau. Bio: My name is Serban Razvan, i’m passionate on traking, bushcraft and photography, I love wild nature and I like to climb the mountain. My blog is www.serbanrazvan.com and my Twitter page is www.twitter.com/serbanrazvan 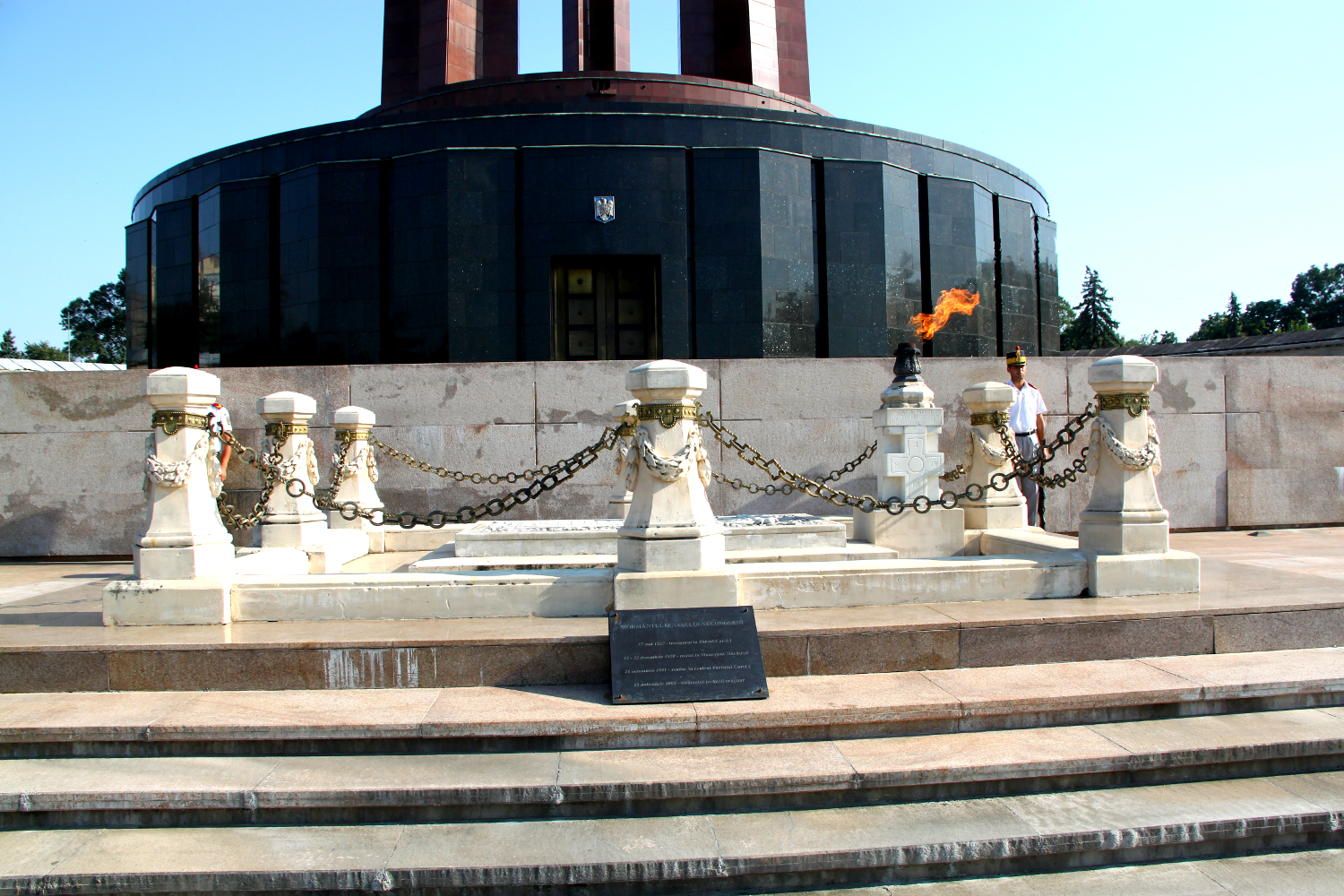