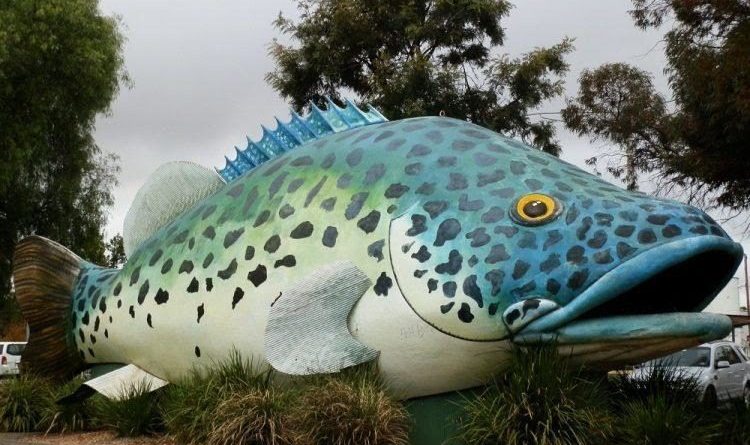 Do you like impressive monuments? Then you will love this article! Marion from Reds Australia invites everyone to discover Australia’s BIG Things! 10 huge monuments become quirky attractions in Australia! This article is part of the ongoing travel curiosities series on this blog.

If you’ve ever wondered what it’s like to take a road-trip through countryside dotted with giant-sized fruit, animals, objects and sometimes even people, then come on down to Australia.

We think it’s quite normal here!

Who knows why BIG things are so popular in Australia! With only 24 million people in a country the size of Europe or the US, maybe we need to fill up the space. Or perhaps we just like the idea of super-sizing our attractions to fit in with our REAL big things like world’s biggest rock, biggest golf course and biggest sand island.

With over 150 Aussie Big Things at last count, chances are you’ll come across at least one on your Aussie travels. But if you want to plan your travels to see a LOT of them, here’s a selection you won’t want to miss!

Coffs Harbour isn’t just well known for its banana plantations and products – it’s also home of the BIG Banana, one of the first and best known Big Things!

Since my last visit, the Big Banana celebrated its 40th anniversary, so drop in and pick up a banana-themed souvenir. Or do as I’ve done and sample a frozen chocolate coated banana. Or two!

READ  What To Do In Tokyo

Ballina’s colourful mascot has survived a demolition threat, a takeover bid and a full makeover to become the starring attraction of the annual Prawn festival celebrating the seafood industry that keeps this town afloat.

In the interests of anatomical research, the prawn’s re-designers selflessly sampled many prawns to ensure they got the new tail and colour upgrade right. I guess it worked!

Nicknamed ‘Arnold’, this 15 m (47 ft) replica of the native Australian Murray Cod found in Australia’s biggest river system is bigger than Jaws! He’s also the star of ‘Eight Ball’, a movie written especially for him, although I’ve never met anyone who’s actually seen it.

Built 26 years ago, Arnold’s only half the age of the oldest recorded Murray Cod – but he’s a LOT bigger!

Anyone but an Aussie would call our early colonial bushrangers criminals – or outlaws at the very least – for their habits of bank hold-ups, livestock theft and highway robberies. But down here, they’re folk heroes, especially the notorious Ned Kelly.

So of course there’s a WAY larger-than-life BIG Ned Kelly in Glenrowan – site of Ned’s last stand and death in a police shoot-out.

Tragically, not all Koalas are cute and cuddly. And although Sam the Big Koala has had a makeover since this photo was taken many years ago, it’d take more than a facelift to transform this hunk of concrete and wire into something you’d want to cuddle!

Perhaps that’s why the owners now have REAL koalas in a zoo on their Dadswells Bridge property!

You’ll have to drive half-way across Australia to see the giant version of this well-known Aussie bird!

Although remote outback town Kimba isn’t specifically home of the Galah, it’s a worthy symbol to mark the half-way milestone. Spend enough time downunder and you’ll likely see a REAL galah – at about 23 times smaller than this 8 metre monster!

Map represents the miners’ spirit, tenacity and strength – strangely appropriate given he was destroyed by fire in 2006. Luckily, his insurance paid for a total reconstruction so he’s now back and looking better than ever!

Outback town Winton’s Big Deck Chair is more than just a random big thing – it’s the BIGGEST deck chair in the WORLD as authenticated by the Guinness Book of Records!

Housed in the Winton outdoor cinema, the chair has absolutely no relevance to any of Winton’s main attractions, most well known of which are dinosaur fossils, but it DOES draw a few tourists. Like me!

A ‘Golden Gumboot’ is actually the annual prize awarded to whichever of the VERY wet Queensland tropical towns records the highest rainfall that year. Usually it goes to Tully, Ingham or Babinda, however, Tully scored the highest annual rainfall ever recorded in an Australian town when 7.9 metres (311 inches) fell in 1950. And that’s the exact height of the BIG Golden Gumboot!

If you haven’t spotted a real crocodile in the crocodile heaven that is Australia’s Top End, go for the BIG one – Wyndham’s 18 metre (59 ft) long monster. But don’t let that smile fool you …

This is just a BIG Thing teaser. Head downunder to discover a lot more of them AND a lot more of Australia’s awesome attractions!

About the author
Marion Halliday is an Australian author, blogger and traveller. As Red Nomad OZ, she writes about exploring Australia’s natural attractions, spectacular scenery and holiday destinations off the tourist trail all over the country. Discover the best of Australia with Red Nomad OZ on her blog Reds Australia. She’s also on Facebook, Pinterest. 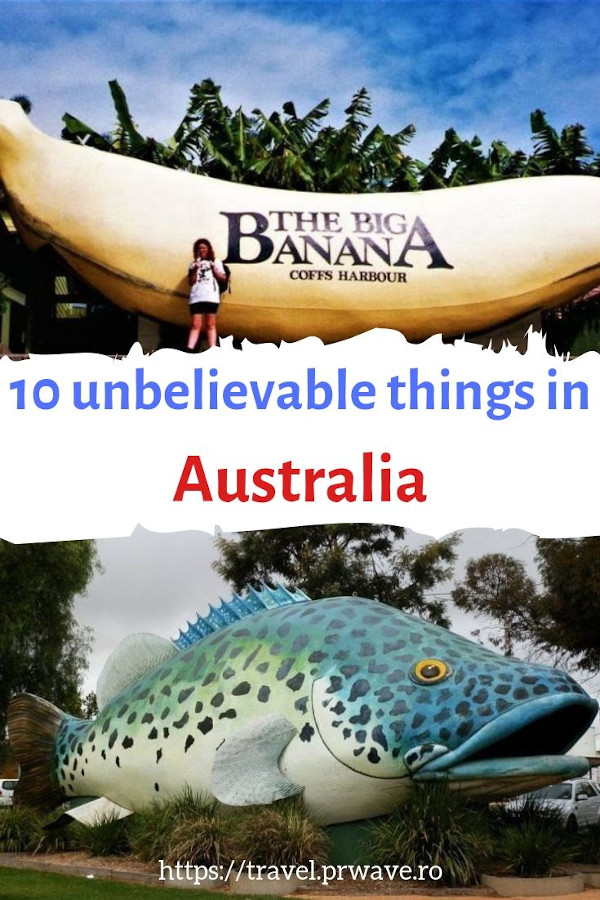 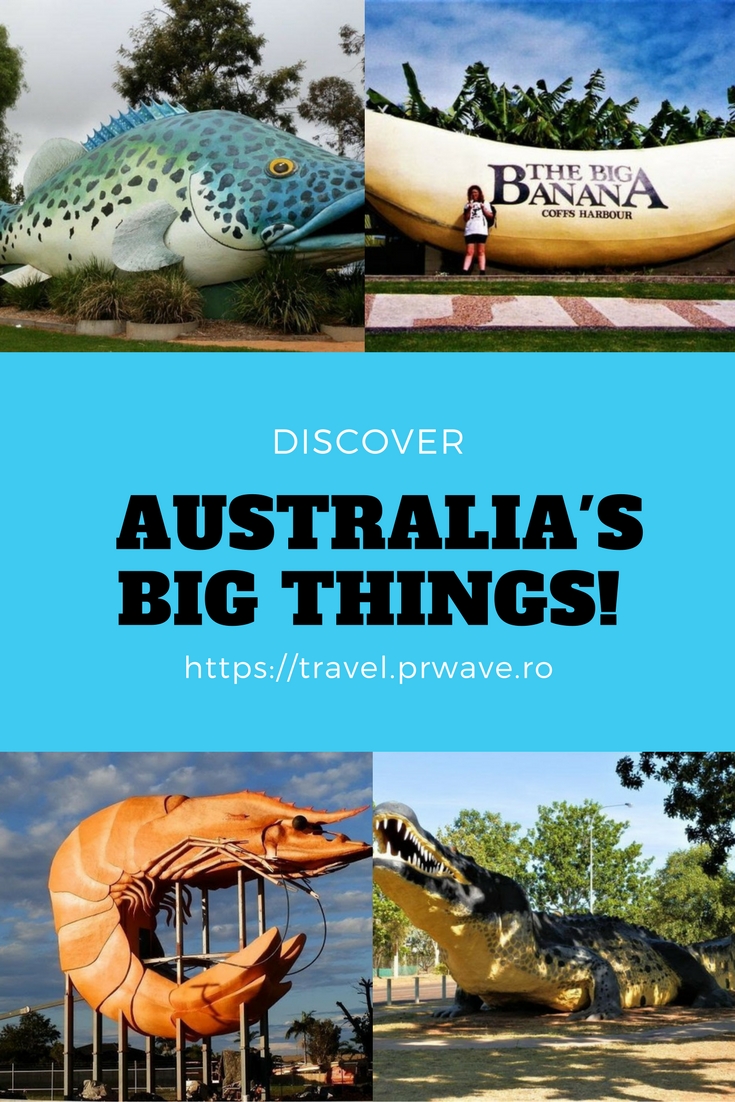 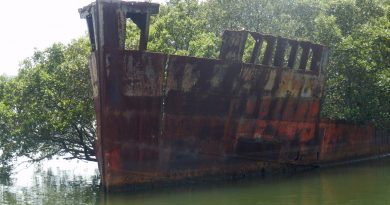 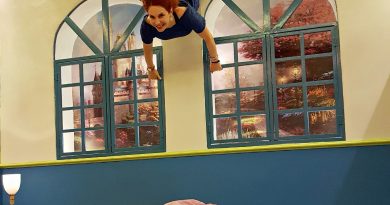 A Unique Visit to The Queen City – Cincinnati, Ohio