ABBA is a band that was very famous in the ‘70s, whose songs however still get to the soul of many generations, including younger ones. Between 2009 and 2011 there was an ABBAWORLD exhibition that toured Europe and Australia, and the objects that were featured in this exhibition (stage costumes, instruments and other mementos) will have a permanent home in a dedicated ABBA Museum that will open in Stockholm, Sweden in April or May 2013.

Bjoern Ulvaeus, former band member said that ‘‘ABBA The Museum’’ will be part of a Swedish music hall of fame. He added that he hopes all band members will be present at the opening ceremony, but he said the band will not reunite to sing.

“We are the only group of that status that has never been reunited. I think that is cool,’’ Ulvaeus, 67, told The Associated Press after a news conference in Stockholm. ‘‘It is a strength for ABBA that you remember those young, ambitious, energetic people during the ‘70s rather than some feeble old folks who feel compelled to get up and play all the time.”

‘‘We quit at the absolute top,’’ Ulvaeus added. ‘‘And when we stopped it was to take a break and do some other things and then get back together again. But it never turned out that way.’’

ABBA music continues to live on. The recent movie made based on their songs shows that their music still has an enormous power to touch souls. Let’s not forget that ABBA launched many-many songs, and had many hits that are still played today on radio or TV stations. Yup, you realized by now I’m a fan – and so is my husband, Andrei J.

Ulvaeus made a funny statement saying that he had been hesitant about becoming a “museum artifact before I’m dead,” but he also added that he liked the idea of including ABBA in a hall of fame that would also recognize other Swedish musicians.

For this hall of fame, all ABBA members donated clothing from shows.

Will you visit this museum?

The airplane of the future by Airbus is transparent 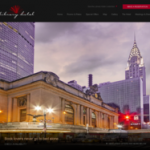 5 thoughts on “ABBA Museum to Be Open in Stockholm, Sweden”